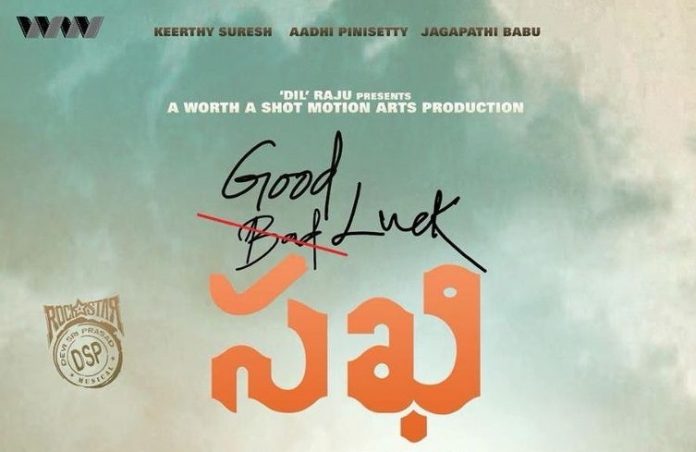 Filmmaker Nagesh Kukunoor, who is known for his Hindi movies like 3 Deewarein, Iqbal, Dor, Dhanak, and others, is now all set to make his Telugu directorial debut with the film titled Good Luck Sakhi. The movie stars Keerthy Suresh in the lead role.

Today, the makers have announced the release date of the film. Good Luck Sakhi will hit the big screens on 3rd June 2021.

The first teaser of Good Luck Sakhi was released in August last year. The film revolves around a girl named Sakhi who is known for her bad luck, but then she becomes a shooter.

Good Luck Sakhi also stars Aadhi Pinisetty and Jagapathi Babu. It is a Telugu film but it will be dubbed and released in Tamil and Malayalam.

Talking about Keerthy’s other movies, the actress was last seen in Penguin which got a direct-to-digital release on Amazon Prime Video. She has films like Rang De, Marakkar: Arabikadalinte Simham, Vaashi , Saani Kaayidham, Annaatthe  and Sarkaru Vaari Paata in her kitty.