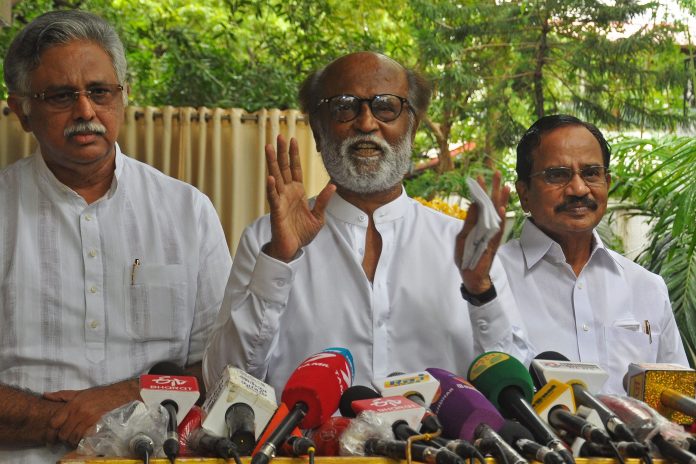 Iconic film star Rajinikanth was on Sunday (27) discharged from a hospital in Hyderabad, where he was treated for blood pressure fluctuation, after his condition improved, authorities said.

“His blood pressure has been stabilised and he is feeling much better.

“In view of his improved medical condition, he has been discharged from the hospital today,” a bulletin from Apollo Hospitals said.

The 70-year-old actor was admitted to the hospital here on December 25 with severe hypertension and exhaustion, it said.

He was kept under close medical supervision and treated by a team of doctors.

In addition to medications and diet, Rajinikanth has been advised complete bed rest for one week with regular monitoring of blood pressure, minimal physical activity and to avoid stress in view of his post-transplant status, labile hypertension and age.

The Kabaali star has also been counselled to avoid any activity that increases the risk of contracting COVID-19.

Rajinikanth is in the Telangana capital since December 13 to shoot for his next Tamil film, Annaatthe, a Sun Pictures production.

He isolated himself after four of the crew members tested COVID-19 positive days ago.

The superstar, however, tested negative.

The actor is set to launch his own political party next month ahead of the 2021 Tamil Nadu Assembly elections.