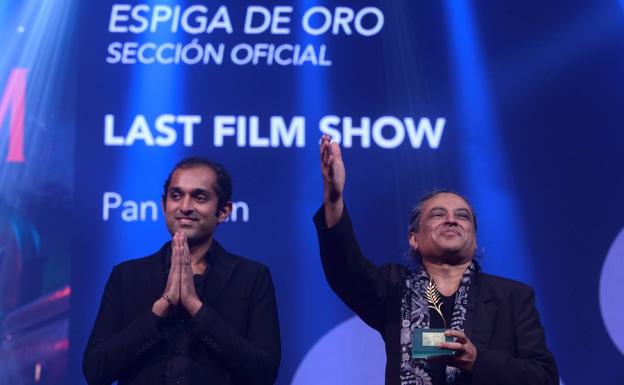 Pan Nalin’s Gujarati film Chhello Show (Last Film Show) has won the Golden Spike Award for the Best Picture at the SEMINCI 66th Valladolid International Film Festival in Spain. It is the second Indian film in the last four decades to have bagged this honour. The first one was won by Mrinal Sen’s 1983 film Kharij.

Since its creation in 1956, SEMINCI has become one of the main international film festivals in Spain, standing out in the area of strong auteur driven and independent movies. Most winners from the SEMINCI goes on to win Oscars in the International category. But sadly, that will not be the case here because India did not submit Chhellow Show as Indian entry to Oscars.

Based on Pan’s own life, the Gujarati-language coming-of-age drama film revolves around a young boy, Samay, who falls in love with the medium of cinema after he watches his first film in a theatre.

A co-production between India and France, Chhello Show premiered at the 20th Tribeca Film Festival on 10 June 2021, where it won the second prize at the festival’s Audience Awards. It was the first Gujarati film selected for the festival section. The film has been nominated for Tiantan Awards at 11th Beijing International Film Festival, to be held from 21 to 29 September 2021.