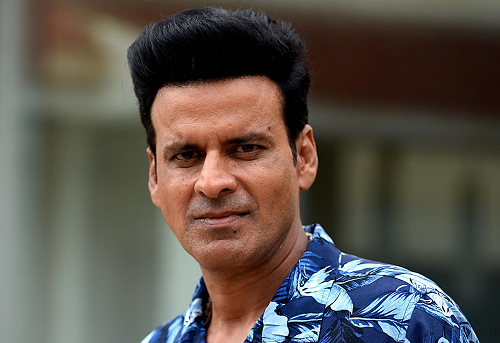 National Film Award-winning Bollywood star Manoj Bajpayee will be part of an in-depth live conversation at the 10th edition of the Dharamshala International Film Festival (DIFF), the organisers announced Monday. The festival will be held online from November 4 to 10.

Bajpayee, who recently received the best actor National Award for Bhosle, will be speaking to leading film critic Namrata Joshi on November 2 at 7.30 pm as part of a special pre-festival launch event.

The discussion will retrace Bajpayee’s unique career trajectory, the rigor and persistence required for an actor to survive and thrive, while deftly catering to wide audiences across OTT, indie and mainstream cinema. It will be open to the public via Zoom link registration on online.diff.co.in.

Festival Director Ritu Sarin said the team is “delighted” to host an intimate conversation with Bajpayee to build excitement and kick off a week of incredible cinema at DIFF 2021. “The new additions to our line-up of live talks and roundtables that engage with specialized filmmaking topics like short narratives, screenwriting and production are sure to be of great interest to aspiring filmmakers, artists and film-lovers alike,” Sarin said in a statement.

Other new additions to the DIFF 2021 Special Programmes line-up include a conversation between acclaimed Bangladeshi visual artist and filmmaker Naeem Mohaiemen and Jeebesh Bagchi, one-third of Raqs Media Collective, who originally commissioned his film Jole Dobe Na, screening this year at DIFF 2021.

Renowned Israeli documentary filmmaker Avi Mograbi, whose The First 54 Years is also set to be screened at this year’s festival, will talk to Tibetan writer Tendor Dorjee about his new film.

On November 8, the gala will host a Writing and Production Roundtable with the writer/producer teams of Uljhan, Ashish Pant and Kartikeya Narayan Singh, and Shoebox, Faraz Ali, Noopur Sinha and Faraz Khan, to discuss their respective processes as indie filmmakers.