Home Enterainmnet stories Mission Majnu to release in May 2022 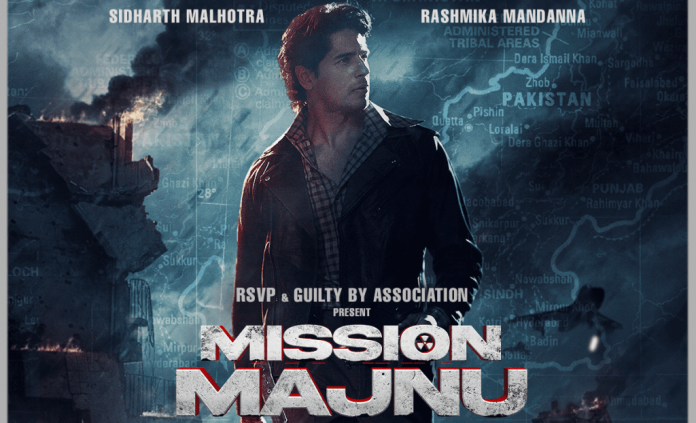 After Shershaah, moviegoers have been waiting to watch Sidharth Malhotra again in a film. The actor has some interesting films lined up and one of them is Mission Majnu.

On Tuesday (02), Malhotra took to Twitter to announce that Mission Majnu is all set to release on 13th May 2022. He tweeted, “Get ready to be a part of India’s greatest covert operation that derailed Pakistan’s illicit Nuclear Ambitions! Inspired by real events, #MissionMajnu releasing on 13th May 2022 in a cinema near you @iamRashmika @RonnieScrewvala @amarbutala @RSVPMovies @GBAMedia_Off.”

Apart from Mission Majnu, the actress also has another Hindi project lined up titled Goodbye in which she will be seen sharing screen space with Amitabh Bachchan. The film is helmed by Vikas Bahl.

Talking about other films of Malhotra, the actor will be seen in Thank God which also stars Ajay Devgn and Rakul Preet Singh. Reportedly, he is all set to team up with Rohit Shetty for a web series. However, there’s no official announcement about it yet.

Meanwhile, Mandanna has a couple of projects in her kitty down South. She will be seen in movies like Pushpa (Telugu) and Aadavaallu Meeku Johaarlu (Telugu). The former, which also stars Allu Arjun in the lead role, is slated to release on 17th December 2021. While it’s a Telugu film, it will be dubbed and released in various languages like Tamil, Malayalam, Hindi, and Kannada.