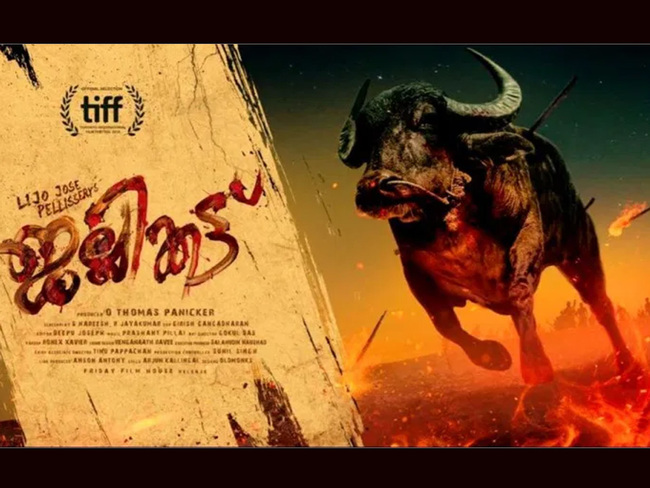 Malayalam feature “Jallikattu” has been selected as India’s official entry for the International Feature Film category at the 93rd Academy Awards.

The Film Federation of India (FFI) said on Wednesday that the Lijo Jose Pellissery directorial was unanimously chosen from 27 entries.

“There were a total of 27 films that had entered the race from Hindi, Malayalam and Marathi. The film which has been nominated by the jury to represent India at Oscars is Malayalam film ‘Jallikattu’.         Rahul Rawail, chairman of FFI’s jury board, Film Federation of India, told reporters.

“It is a film that really brings out the raw problems which are there in human beings, that is we are worse than animals.”

The critically acclaimed movie revolves around a tribe of men coming together to stop a bull that has run amok in their village.

Based on a short story by S. Hareesh, the film derives its name from the popular-yet-controversial bull-taming event of Tamil Nadu.

Calling Pellissery a “very competent director”, known for several critically acclaimed films like “Angamaly Diaries” and “Ea Ma Yau”, Rawail said “Jallikattu” is a production that country should be proud of.

“The whole film talks about an animal that has run amok in a butcher’s shop… The film has been depicted wonderfully and it has been shot very well. The emotion that comes out really moved all of us to have it selected,” he said.