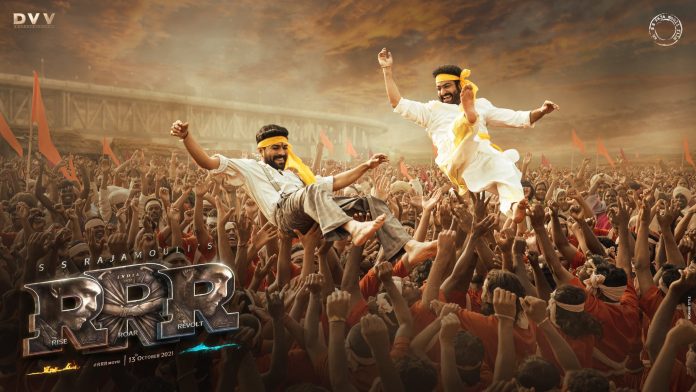 RRR, one of the most-anticipated Indian films of 2022, will now enter cinemas on March 25, the makers announced on Monday.

Directed by acclaimed filmmaker SS Rajamouli, the mega-budgeted film has faced an inordinate delay in its release, primarily because of the coronavirus pandemic. Earlier this month, the makers had announced two dates for the release of the film – March 18 and April 28. However, they have now decided to release the film on March 25, 2022.

A source in the know informs a leading publication that the makers of RRR decided against releasing the film on March 18 as a mark of respect to Kannada superstar, late Puneeth Rajkumar, as his last film James is set to release on March 17.

“His last film, James, is slated to release on March 17. While the distributors in Karnataka were already having mega plans to celebrate power star’s last film, SS Rajamouli and co. on their own will decided to delay their magnum opus by a week. It is their tribute to the legendary actor,” the source divulges.

Bankrolled by Lyca Productions, RRR is a fictional tale based on the lives of two freedom fighters in the early 20th century – Alluri Sitarama Raju (Charan) and Kumram Bheem (NTR Jr). The film has been in the making for almost three years.