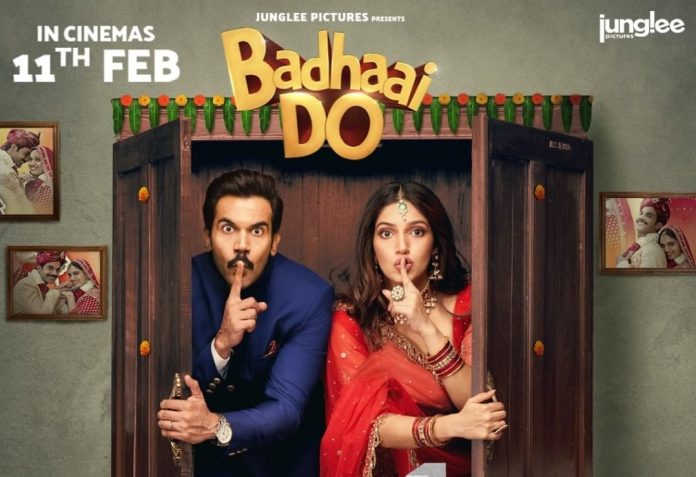 Director Harshvardhan Kulkarni, who last helmed Hunterrr (2015), is currently awaiting the release of his next directorial venture Badhaai Do, a spiritual sequel to the 2018 hit Badhaai Ho.

Talking about the film, he says that Badhaai Do is an attempt to normalise the discourse around the queer community and break certain stereotypes attached with their representation in cinema. The upcoming movie revolves around a gay cop (Rajkummar Rao) and a lesbian PT teacher (Bhumi Pednekar) who get into a lavender marriage, a wedding of convenience, to avoid family pressure but it leads to further complications.

“The intention is in normalising the larger discourse, of bringing in community and talking about it. Basically, it’s a story about a lavender marriage and that is a compromised reality for our characters. They come from traditional families and that’s where they are not being accepted so they find this solution. It’s about the choices that these characters are making. We are not passing any judgment over the choices that they’re making but we are actually looking at the journey of their choices, the stories of their choices,” Kulkarni told PTI in an interview.

Filmmaker Onir recently expressed his disappointment after his story featuring a gay army officer was not given a go-ahead from the Defence ministry but he hailed the team of Badhaai Do for presenting Rao, a popular Bollywood star, as a gay policeman.

Kulkarni said it isn’t right to restrain creative people from narrating stories though his team did not face any problem in telling their story. “For us, it has not been such a bad journey. I’m feeling terrible for Onir. I don’t understand why there should be any kind of restraint especially when it is based on a true story. One should be able to make (stories). Let people be the judge of whether they are okay or not. Once you start talking about it, the more conversations you have, there are more chances that you’re going to normalise everything.”

In Badhaai Do, Rao features as a gay cop, and Kulkarni said the profession plays a pivotal role in the narrative. It was also a conscious decision as normally such characters are shown to have a background in the fashion or the movie industry.

The queer community is a part of so many other professions but a lot of them are closeted, he said. “We were fed up with the stereotypical professions that people are always associated with when they represent the queer community, like fashion or film industry. We were looking at different professions and we also wanted it to be extremely difficult for the character. Being a guy in a uniform is going to be very tough to be out there in the open,” the 48-year-old director said.

“Where there is a traditional setup and it’s archaic, in all of those systems, there will be a huge problem of acceptance because that’s how the society is built. We are so feudal, patriarchal, and caught up with our own value systems and moralities that we cannot accept anything which is natural.”

He said initially the endeavour was to scout for real-life stories but later realised it was a secretive affair and made Badhaai Do as a culmination of a lot of stories. As part of their research, Kulkarni said the team spoke to a lot of people from the queer community.

“We were told by queer community that there’s so much of undue pressure from the families, who are judging them as they think being queer is wrong and hence, they are closeted,” he added.

Kulkarni said the commonality between the two movies – Badhaai Ho! and Badhaai Do is Ghildial (writer), the producers Junglee Pictures and actor Sheeba Chaddha.

“Everybody is saying it’s a spiritual sequel, it’s a great way of saying it because in spirit they are quite there as it’s about the middle-class family, it’s about them grappling with an uncomfortable truth and how do they face it,” he said.

The director said Badhaai Do has been in the making for four years but he came on board in 2018, just a few months before the release of Badhaai Ho! As a director, Kulkarni, who won praise for the adult comedy Hunterrr, said he is drawn towards stories that break the stereotype.

“I’m interested in stories, which would break certain notions. I would like to know more about the world, which is why there is a similar thread between two movies where we are trying to break certain things in our storytelling,” he added.

Backed by Junglee Pictures, Badhaai Do is slated for its theatrical release on February 11, 2022.