Home Enterainmnet stories Rajkummar Rao and Bhumi Pednekar’s Badhaai Do to debut in cinemas on... 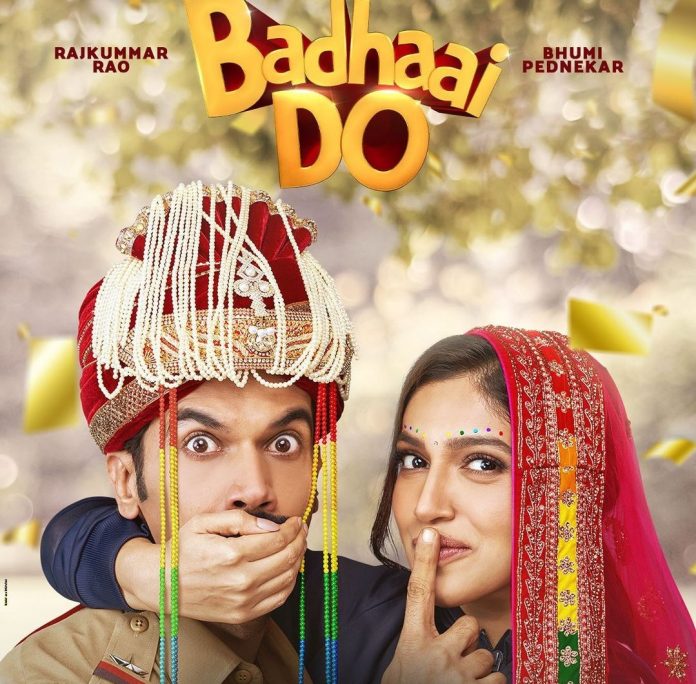 The upcoming Bollywood film Badhaai Do, starring Rajkummar Rao and Bhumi Pednekar in prominent characters, will arrive in theatres on February 11, 2022, the makers announced on Tuesday.

Billed as a spiritual sequel to the National Award-winning 2018 hit Badhaai Ho, Badhaai Do has been directed by Harshvardhan Kulkarni from a script written by Suman Adhikary and Akshat Ghildial. Kulkarni has previously directed Hunterrr in 2015.

Ahead of the release of Badhaai Do, the makers shared the theatrical trailer and the new release date of the film on their official Twitter account.

If the trailer is anything to go by, the family entertainer features Rao as a cop and Pednekar as a physical education teacher.

Badhaai Do will be addressing another such unusual relationship and tell their story through the comedy of error situations, the makers said in a press release.

Produced by Junglee Pictures, Badhaai Do will be distributed worldwide by ZEE Studios.