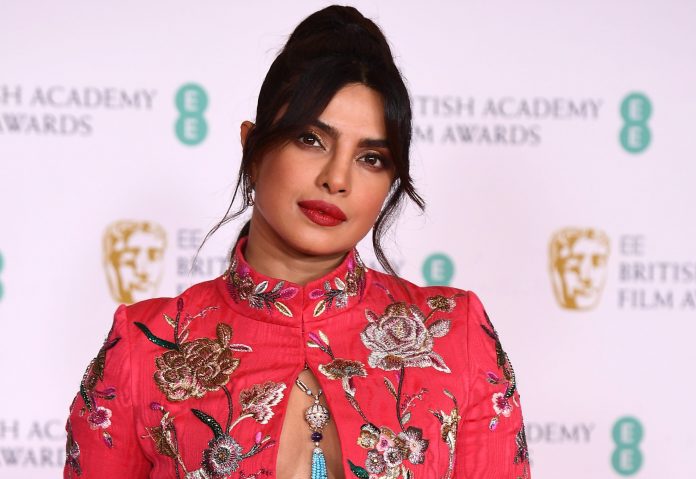 Actor Priyanka Chopra Jonas says she usually does not get bothered by people’s opinions but she was “pissed off” when an Australian journalist questioned her qualification for announcing Oscar nominations last year.

In March last year, an Australian entertainment journalist tweeted wondering why the 39-year-old actor and her musician-husband Nick Jonas were roped in to unveil nominees for the 93rd Academy Awards.

Chopra Jonas posted a staunch reply to the journalist as she shared a video listing over 60 acting credits from her almost two-decade-long career at home in Bollywood, including Bajirao Mastani (2015), Mary Kom (2014), Fashion (2008), her international debut with the ABC series Quantico to her Hollywood feature debut Baywatch.

Chopra Jonas has now opened up about the exchange during a recent interview with Vanity Fair. “I usually don’t get mad, but that just pissed me off,” the Matrix Resurrections (2021) star said.

She further added she usually confides in her family when she feels low and doesn’t seem to get affected by people’s opinions. “I’ll be mad, I’ll be angry, I’ll be annoyed. I’ll speak about it to my family. I might cry a little bit, but it doesn’t change my relationship with my work and what my actual quest is. My quest is not people’s opinions. My quest is my job. My quest is to make sure that when someone watches something that I have done, it moves them or they enjoy it. My personal life, who I am, all of that is not my job,” she said.

The actor also spoke about the perils of social media where speculation was rife last month that all was not well in her marriage after she dropped Jonas from her surname on Twitter.  Chopra Jonas termed this as a “professional hazard” as believes that there is unnecessary credence given to social media in real life.

“It’s a very vulnerable feeling, actually, that if I post a picture, everything that’s behind me in that picture is going to be zoomed in on, and people are going to speculate. It’s just a professional hazard…. Because of the noise of social media, because of the prevalence that it has in our lives, I think it seems a lot larger than it is. I think that we give it a lot more credence in real life, and I don’t think it needs that,” she added.

On the work front, the actor was last seen on the big screen in the Hollywood film The Matrix Resurrections, which opened in cinemas worldwide in December. Her upcoming slate of films includes Jim Strouse-directed rom-com Text For You, Amazon thriller series Citadel, produced by Russo Brothers, and Sangeet, an unscripted series co-produced with her husband. She will also produce a film with Amazon Studios on the life of Ma Anand Sheela, the former aide to late godman Osho Rajneesh.

In Bollywood, she will next star in Excel Entertainment’s Jee Le Zaraa, co-starring Katrina Kaif, and Alia Bhatt. The film will be directed by Farhan Akhtar.