The annual London Indian Film Festival (LIFF) opens on Thursday with the red-carpet world premiere of Hollywood-cum-Bollywood starrer “Love Sonia”, a film by the Oscar-nominated producer of “Life Of Pi”, David Womark. The tale of two sisters forced into Mumbai’s sex trade, which stars Demi Moore, Freida Pinto, Manoj Bajpayee and Rajkummar Rao, will open this year’s line-up for the festival, now in its ninth year. “One great thing about being in the UK and especially London is that we are culturally intertwined to India and South Asia, not just through our shared history but our living, everyday experience where South Asian communities add so much to UK cultural life, of which cinema is an important aspect,” said LIFF Director Cary Rajinder Sawhney.
“The festival is a key moment in the UK arts calendar and we are thrilled to place a spotlight on South Asian culture through engaging and audacious films that explore universal and topical subject matters such as identity, women’s empowerment and construction of masculinity,” added Alka Bagri, Trustee of the Bagri Foundation, the title sponsor of the festival. The other strands of the festival are divided between Central Gala, Female Eye, Fathers & Sons and Extra-Ordinary Lives to cover films from across the sub-continent, to be screened in London, Birmingham and Manchester. This year, there is also a special cinematic tribute to Bollywood star Sridevi, who died suddenly in February, with a screening of her 1987 box-office hit “Mr India”.
Another tribute screening is UK-based filmmaker Sangeeta Dutta’s docu-feature “Bird of Dusk”, in memory of the late Rituparno Ghosh. “Rituparno was not only a major filmmaker and Bengal cultural icon, but he was also a personal friend and our work association dates back to ‘Chokher Bali’ in 2003. His prolific work as writer, director, fashion diva created a public construct along with the bold fight against gendered identity,” said Dutta, whose film will be screened in London and Birmingham during the week-long festival.”I tried to search for the personal voice through his personal memoirs and archives. It is this conflicted personality of the feted icon and the lonely artist that fascinated me most,” she added. The festival, dubbed as Europe’s largest South Asian film event, will close on June 29 with a screening of ‘Venus’ – a feel-good comedy about the life of a Canadian Punjabi transgender person. 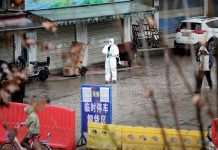 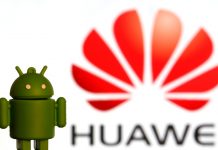 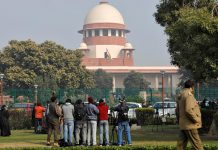