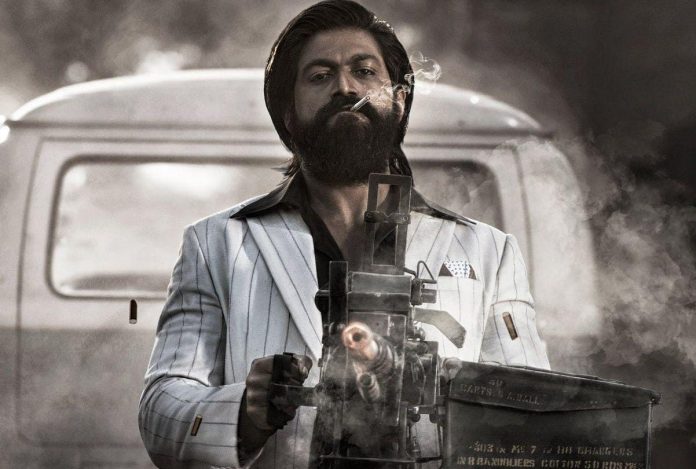 DIRECTOR Ram Gopal Varma summed up the success of April’s big blockbuster release KGF: Chapter 2 perfectly when he said that it isn’t just a gangster epic, but a horror film for Bollywood, which would give the Hindi industry nightmares about its success for years to come.

He further added that it is a nuclear bomb thrown on Bollywood from the regional language Kannada industry and proof that if big money is spent on a film, instead of star renumerations then major hits will come. It is difficult to disagree with and a damningly true indictment for a Hindi cinema industry that now seems to be getting humiliated on an alarmingly regular basis with films that have very little substance.

Kannada language action-drama KGF: Chapter 2 has been such a huge success that it clocked up a higher box office in its opening weekend than Bollywood’s big four April releases Attack: Part 1, Jersey, Heropanti 2 and Runway 34 will likely collectively do in their lifetime. In fact, it will do more individual business than all the commercial Bollywood films released so far in 2022, will collectively do. What is even more embarrassing is that just the Hindi dubbed version will do bigger business than most frontline Bollywood films released this year, despite them specialising in the language.

The overall collection of KGF: Chapter 2 in all languages will eclipse nearly every Bollywood movie in history.

This follows a similar story to what blockbuster hit RRR did in March, where it outperformed nearly every Bollywood film ever released, including the Hindi dubbed version doing high business individually. It could have got even worse this week, but producers of Telugu language film Acharya chose not to release a Hindi dubbed version to compete against Bollywood’s big Eid releases Heropanti 2 and Runway 34. Had the action-drama starring superstar father-son duo Chiranjeevi and Ram Charan been released in Hindi, it would have heaped further pressure on a fast-crumbling Bollywood.

The success of these regional language films hasn’t just exposed the fact that audiences have turned their backs on Bollywood in an alarmingly big way, but also the fakery the industry has relied on so heavily.

It has shattered Bollywood’s excuse of the pandemic affecting business. It’s also showing that all these big Bollywood names claiming to having tens of millions of social media followers and YouTube views for their trailers are somewhere being dishonest because it isn’t being backed up with any kind of audiences in cinemas. The success of regional language films and spectacular failure of Hindi cinema also shows that nearly all frontline Bollywood stars are massively overpaid because their so-called stardom isn’t giving producers a return on their heavy investments.

In past decades when Bollywood struggled, a brand-new superstar would emerge to save the day like Dilip Kumar, Rajesh Khanna, Amitabh Bachchan, Sridevi, or Shah Rukh Khan, but a cancerous nepotism practice means there has been no new hopes emerging. Instead, audiences are now finding out about regional language heavyweights like Ram Charan, Jr NTR, Prabhas and Yash, which is bad news for Bollywood flop stars who have gotten away with sub-standard projects for far too long. Bollywood now just doesn’t need new stars or better storylines, but it also needs to significantly clean up its image.

Many have gone online to say they no longer like Bollywood because so many films have become smutty, and they can’t watch with their parents like in the past. Others don’t think it is relatable anymore and many have been put off by recent scandals like allegations of wide drug use.

The only original film in the next two years that could bring some glory back is record-breaking director Rajkumar Hirani’s next film Dunki with Shah Rukh Khan, but that won’t release until December 22, 2023. Until then Bollywood will face more pain at the box office, humiliation at the hands of regional language releases and keep dumping bad films on streaming sites because they will fail at the box office. Certain actors will carry on taking big money to do a huge number of films until they get fully found out as flops.

Ram Gopal Varma was right with his analogy of a bomb being thrown on Bollywood, but the industry doesn’t seem to have a credible plan to fight back. It just seems to have overpaid stars with big egos and out of touch filmmakers, who have lost their connections with audiences. The crisis hit industry really has hit rock bottom.