Home Arts and Culture Hania Aamir: ‘Talking about a taboo subject is not wrong’ 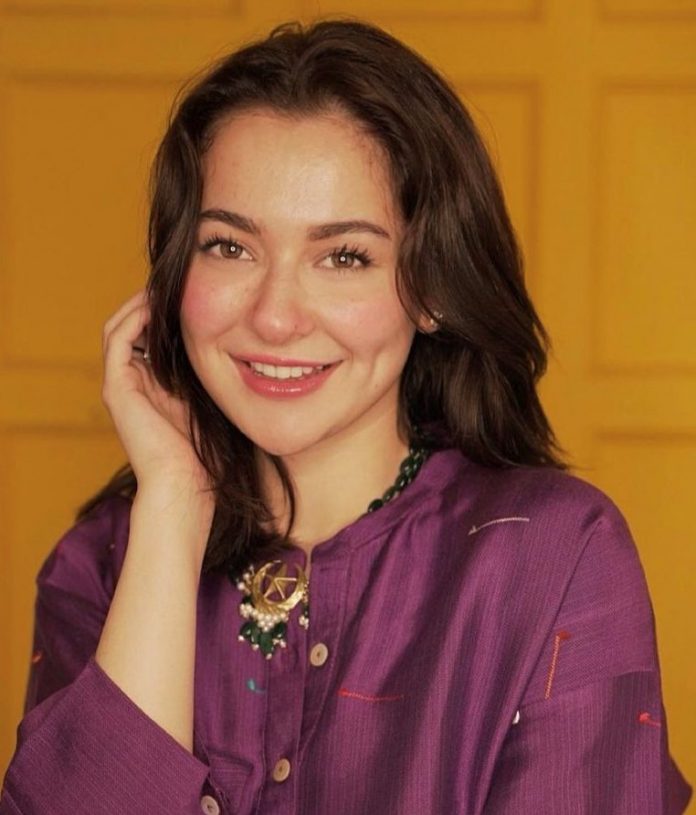 SHE may be one of Pakistan’s most popular actresses, but Hania Aamir is super selective about the work she takes on and this has resulted in a series of winning turns in quality projects, since she made her acting debut in acclaimed 2016 film Janaan.

She is unable to choose a favourite role from her interesting performance journey and explained: “I think as a consummate actor, every role I get to play is a blessing and brings with it a new horizon, so I can’t really play favourites. I would say I’m as good as my last role. Each project has taught me something new and brought me to where I am now.”

Being able to effortlessly adapt to different genres and mediums has enabled the 25-year-old beauty to become an indemand actress, along with getting a huge fan following that includes over five million Instagram followers. Balancing between film and television has given her a growing list of great projects.

“I approach every role I get with the utmost of my ability trying to delve into the small details of a character and it’s idiosyncrasies. Obviously, each medium has a different screen and different lighting, so requires a different kind of adaptation and even body language when performing, so one has to adapt accordingly,” she said. 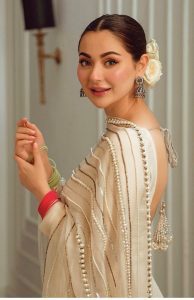 The bubbly actress clearly loves her craft and is delighted to be back on the big screen again with major Pakistani Eid-ul-fitr release Parde Mein Rehne Do, which is in cinemas globally on May 5. She stars opposite Ali Rehman Khan in the comedy-drama about a happy couple unable to conceive and facing an unexpected challenge. “I had signed Parde Mein Rehne Do when the writer, Mohsin Ali, first brought the script to me because the role just jumped out. In many ways this character and project chose me, so it was a no brainer to be part of it.”

The taboo-busting comedy tackles the theme of male infertility, which hasn’t been covered before in a commercial Pakistani movie and presents a strong female protagonist played by the talented actress. She has never shied away from challenges or speaking about social issues, so relates to the strong role and hopes audiences will also form a connection with it.

“I play the role of Nazish, who is married to Kashan, being played by Ali Rehman Khan. The couple is going though the pressures of marriage. The film shows how their journey takes them through highs and lows. I would say the girl is a lot like me in real life, so it’s close to my heart. Every role is different and special in its own way, but this character has a lot more layers to her than others, which I enjoyed playing with, so loved the scope of it.”

She doesn’t think the subject of male infertility is too daring for conservative Pakistani cinema and hopes it will start a much-needed conversation. That is why the popular star is also confident it has high entertainment value and is glad to be part of it. “If something is taboo, it doesn’t mean it is wrong. And talking about a subject like infertility isn’t wrong or shameful.”

She has many memorable moments in the movie and said: “There are so many great moments in this great film. There is one particular one I can’t reveal as don’t want to spoil it for audiences, but all I can say is the song Teray Upar Peela Rung is very special.”

Hania thinks commercial entertainers like conventional love stories can co-exist with intelligently written films like Parde Mein Rehne Do, which tackle important issues and give audiences a chance to learn something. Although she is confident that cross-generational audiences can connect with the comedy drama, she hopes younger people will especially enjoy it. “Younger audiences are going to play a major part in our tomorrow, so them talking about this subject matters.”

She has seen Parde Mein Rehne Do and is feeling quietly confident about the movie. Right now, her focus is on the intensive promotions of the film, so doesn’t give anything away about future projects. What she does reveal is a desire to take on more path-breaking characters. “For me acting is everything and the craft is important. I’m a director’s actor, so don’t have a specific dream role, but I would definitely like to play more roles like the one I portray in this movie, instead of just the usual characters.”

Hania hopes to spend Eid with family and close friends this year but will be keeping a close eye on what the response to her new film is like. The actress wants audiences to support what they have done with the satire and is looking for great feedback. It is clear audiences mean a lot to her and that was apparent when she revealed her biggest inspiration as an actress. “I think the love I get from my audience really inspires me. It motivates me to work harder and step out of my comfort zone each time.”

Parde Mein Rehne Do is in cinemas now