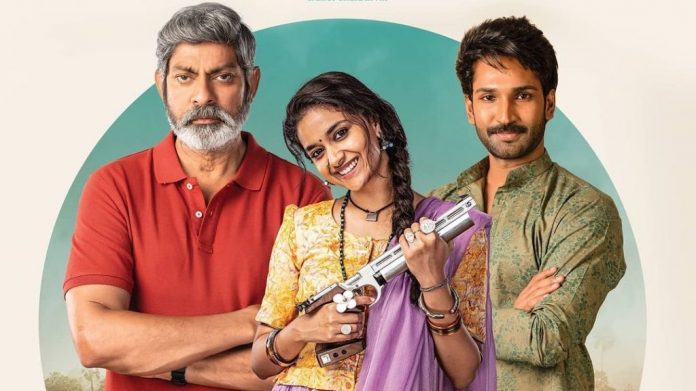 National Award winning actress Keerthy Suresh will be seen Nagesh Kukunoor’s Good Luck Sakhi. The movie was earlier slated to release on 3rd June 2021, but was postponed due to the second wave of Covid-19 in India.

Now, on Monday (1), the makers announced the new release date of the film. Good Luck Sakhi will hit the big screens on 26th November 2021.

Good Luck Sakhi revolves around a girl named Sakhi (Suresh) who supposedly brings bad luck to everyone. Just before her wedding, her fiancé dies, but later things change for her when she starts to train as a sharpshooter to participate at the national level.

Kukunoor has helmed some amazing films in Hindi like 3 Deewarein, Iqbal, Dor, Lakshmi, Dhanak and others. Good Luck Sakhi will mark his Telugu directorial debut.

Apart from Suresh, the film also stars Aadhi Pinisetty and Jagapathi Babu. While the movie is shot in Telugu, it will be dubbed and released in Tamil and Malayalam as well.

Talking about other projects of Suresh, the actress will be seen in Annaatthe (Tamil), Saani Kaayidham (Tamil), Marakkar: Arabikadalinte Simham (Malayalam), and Sarkaru Vaari Paata (Telugu).