Home Entertainment ‘Why would I want to do that to the Pakistani community?’ Never... 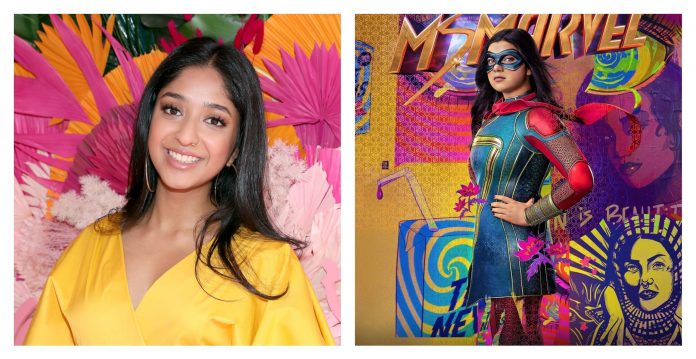 Marvel Studios’ latest superhero offering Ms. Marvel started streaming on Disney+ Hotstar last week and has been receiving a positive response from the audience. What has grabbed everyone’s attention is the fact how brilliantly the entire cast has pulled off their characters.

Iman Vellani essays the character of the first Muslim superhero in the much-hyped streaming show and she has been garnering a stupendous response for her terrific performance. But do you know before she came on board, there were rumours that her character was first offered to someone else? Yes, you read that right!

Back in 2020, when Marvel Studios was casting for the role of Kamala Khan, there were rumours that Never Have I Ever star Maitreyi Ramakrishnan was going to play the superhero in the streaming show.

In an interview with an international publication, Maitreyi revealed that she could never play the superhero and explained why. She said, “I’ve seen a couple of posts about that, but honestly, no. Kamala Khan is Pakistani and I’m Tamil. If there was a Tamil superhero, I wouldn’t want to see a Pakistani girl playing [her]. I would say, ‘Really? You couldn’t find anybody who was Tamil?’ So why would I want to do that to the Pakistani community? That wouldn’t be fair, no.”

Speaking about how she would be delighted to be a part of Marvel, Maitreyi Ramakrishnan said, “Trust me, I’d love to be a superhero. I love Marvel so much. I could be the daughter of Deadpool or his apprentice or something. Maybe Deadpool adopts a South Asian girl. It would make sense — Ryan Reynolds and I would both make the Canadian jokes.”

Ms. Marvel follows the story of Kamala Khan, a 16-year-old Pakistani-American high school student from Jersey City, a fangirl of the Avengers, particularly Carol Danvers / Captain Marvel. She is having a hard time fitting in and gaining the ability to harness cosmic energy. The series will serve as a set-up for the film The Marvels (2023), in which Vellani will reprise her role as Khan along with additional cast members from the series.