Home Asia News ‘We just took our clothes off and we did it bit by... 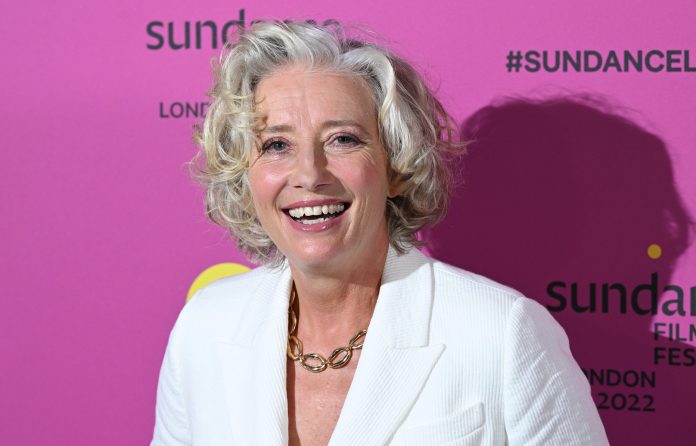 Veteran actress Emma Thompson has revealed that she bared it all and drew circles around the parts of her body she does not like with her co-stars ahead of filming nude scenes in their movie, Good Luck to You, Leo Grande.

The actress, 63, plays Nancy, a widowed schoolteacher who hires a sex worker named Leo (played by McCormack) to help her achieve her first orgasm.

Thompson made the admission about designing her own sex scenes for the film during an appearance on NBC’s Late Night With Seth Meyers on Thursday night in New York City.

The actress claimed that she, her co-star, and director Sophie Hyde, 45, spent a day together in a closed set rehearsing.

She said: ‘We all, we just took our clothes off and we did it bit by bit and looked at our bodies and said, “Well, I don’t like this bit, because, well, I’ve got a scar here.”

‘Then we drew around them and wrote on them. When you do maps of your body like that, it just becomes the thing that you can accept.

‘You can look at it with a neutral gaze and you’re not just always looking in the mirror and going, “That’s just wrong. What can I do?”

She added: ‘I know what I’m going to do. I’m going to waste my passion, my energy, my curiosity, my money, and my life’s purpose worrying about my body.

Good Luck To You, Leo Grande drops on Hulu on June 17.