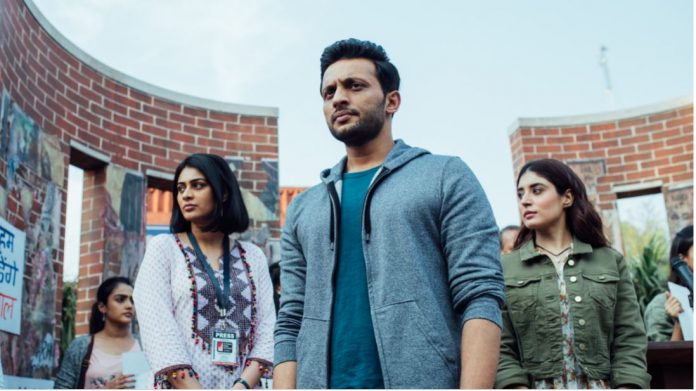 Tandav has been created and directed by Ali Abbas Zafar who has previously helmed a series of Bollywood blockbusters, including Sultan (2016), Tiger Zinda Hai (2017) and Bharat (2019). He makes his digital debut with the upcoming show.

In the trailer, we see the ambitious politician Samar Pratap Singh (Saif Ali Khan) who does not want to leave any stone unturned to become the next Prime Minister of India. Sunil Grover plays a crafty, all-knowing aide. Dimple Kapadia and Kumud Mishra’s characters want the top office at any cost. Mohd. Zeeshan Ayyub, on the other hand, is seen in the role of a student leader.

Talking about his character in Tandav, Saif Ali Khan said in a statement, “The entertainment industry in India is going through a renaissance and stories like Tandav are at the forefront of this change. As an actor, for me, a good piece of dramatic writing and a compelling creation featuring grey characters is always exciting. As I read about the complexities of my character Samar and dived deeper into the world of Tandav, I knew that I had to play this character.”

The official synopsis of the webseries reads, “The charismatic leader of a premiere political party, Samar Pratap (Saif Ali Khan), feels he is ready to inherit the chair of PM after his party wins the (Lok Sabha) elections. Samar’s father, the party patriarch and the Prime Minister of the country, Devki Nandan (Tigmanshu Dhulia) is not willing to retire yet. Anuradha, Devki’s close associate (Dimple Kapadia), party senior leader Gopal Das (Kumud Mishra) are few of many other leaders considering themselves fit to sit the chair. But the chair never comes easy. A parallel story plays out with the idealistic campus activist Shiva (Zeeshan Ayyub) who becomes an overnight youth icon as he shines at a political event. Shiva wants to bring about the change, sway the youth and overthrow the power pillars. Shiva gets the first taste of power. Shiva and Samar’s lives intersect as the national politics meets the campus activism. The dance of politics ensues as a series of events expose the inherent deceit, manipulation, greed, ambition and violence in all the relationships.”

Tandav is scheduled to premiere on 15th January on Amazon Prime Video.