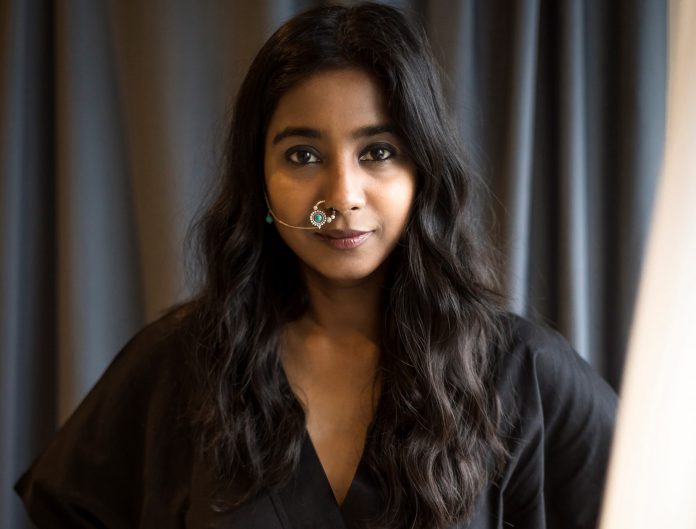 With an impressive number of hits to her credit, Shilpa Rao has had a superbly successful singing career across diverse genres and languages.

Hailing from a family of musicians the award-winning singer has also made a name for herself on the live circuit with her ability to perform everything from ghazal and classical songs to big commercial Bollywood hits.

How do you look back on your musical journey?

I didn’t want to do much because that was never in my plan. I didn’t think I would become a singer. I was learning music, but never had any aspirations or ambitions. I think now when I look back, it was a good just to focus on music. I learnt music without any expectations. I think in a way it was really a good childhood where I was learning music for its pure love and nothing else.

Which of the songs have been closest to your heart?

Tose Naina Lage (from the film Anwar) would always be close to my heart. It’s so beautifully made and written, and the way people showed so much love for it (was amazing). Everything good fell in one place with that song.

Is there a song that exceeded your expectations?

Actually, it was Tose Naina Lage only. It was a very humble film at that point. Then the kind of love that everyone showed, it became something very special to remember me for.

Which music director do you think brings the best out in you?

I don’t think there is only one person. I mean everyone that I have worked with showed me another side to myself that I have not seen, so I will actually give this to everybody.

How did you feel when the album Love Letters, which you featured on was nominated for a Grammy?

Obviously, being part of an album, which is Grammy nominated is really exciting. It’s a moment that I will remember through my life. This was not even on my dream list or wish-list, but something’s really come true, and life is unexpectedly beautiful that way. So major thanks to all my fans, audiences, and well-wishers, who have always been there and supported me and it’s a result of that. 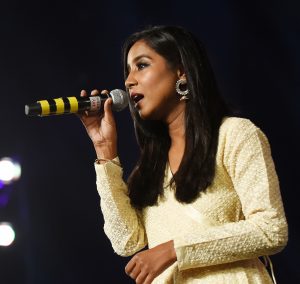 Do you prefer the big dance numbers or slower romantic songs?

I guess, we want to do a lot of things because I enjoy trying a new genre or a new kind of a song. I love to try different and new things. I don’t have any specific as such. I would love to do all of them.

Can you tell if a song will be a hit in the studio?

I can tell if the song is beautiful or not, but if it becomes a hit or not obviously that’s not in anyone’s hands. I think it’s the people who make it.

How do you generate so much power in your voice?

It’s about practice and focusing on the vocals. It also comes from the constant support from people around you and that adds to your emotional strength of your vocals.

What is your biggest unfulfilled musical ambition?

We need to see more Indian artists on the Grammy stage, and on the international stage (in general). I would love to see that happen on big scale (and be part of that).

How much does live performing mean to you?

Live performances as a performing artist, is really close to my heart because the audience is in front of you, and you look at them. Actually, that connection with the audience stays with you long after the performance. Performing and feeling the energy of the entire gig in synergy is amazing.

How did you cope with lockdown?

I think, it gave me lot of time and space to kind of organise my thoughts and feel what I want to do. I was able to practice more, and it gave my more time with my family because we are constantly on the run most of the time. But yeah, these are things that really helped me.

If you could master something new in music, what would it be?

I think the art of ghazal. I think I am still a student and am still learning. I would still like to get better.

You are being very modest. Your ghazal singing is great. You have become a musical hero, but who is your hero?

My all-time favourite is Mehdi Hassan Sahab. I don’t think there is any other artist I have heard more than I have heard him. He is a true genius and been extremely inspiring for me.

What inspires you creatively?

I think it was always childhood nature of mine to spend time with my thoughts and connect with them. That leads to focusing on music. It’s a matter of own nature, like how you are.

Which of your forthcoming songs are you excited about?

I think it’s a mix of everything. I am working on a few collaborations this year and working on different film music too.

What music dominates your personal playlist?

It actually changes from time to time. It could be rap, it could be electric, it could be instrumental, it could be a lot of orchestra, classical music and everything else. I like all kind of music.

Why do you love music?

Me and my brother have been training in music as kids and it was always something I enjoyed doing most. As a kid, I would listen to many singers, and they would have such a profound and strong influence on me. I would build that connection with them without actually meeting or knowing them in person. And I felt that I can do that. I believe my fans connect with me on the same level. There are people, who have not met me and don’t know me, but connect with my music and know me because of my voice. I feel that’s an amazing way to connect with them and that’s my reason to do this.