Home Entertainment Miss India 2020 runner-up Manya Singh: I realised long back I have... 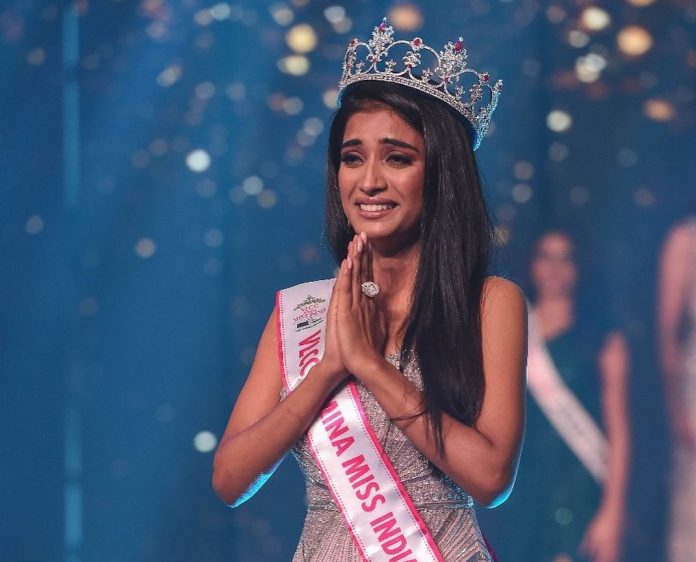 Who would have thought that a daughter of a rickshaw driver would one day become Miss India 2020 runner-up? But, Manya Singh proved that for her sky is the limit.

Recently, while talking to PTI, Singh opened about her journey from a village to a beauty pageant. She told the news agency, “I realised that there’s this platform called Miss India where I can voice my stand and beliefs. Be the voice of those women who are told they don’t have the right to speak, who are confined. Especially in villages, where they don’t even have the freedom to choose what they wear, what to study. I realised long back I have to make it to Miss India, so all my hardships, all my steps were towards just this.”

Her parents are really proud of her but there was a time when they didn’t believe in their daughter’s dream to become a Miss India. Manya stated, “My parents were gobsmacked and felt I had gone crazy. ‘People like us don’t even dream, and you’re thinking of Miss India crown?’ they said. My father would always tell me, there are more heels in my bag than books. Somewhere they were scared because I didn’t even have a Plan B.”

Coming from a village, she also faced gender discrimination and people in society would feel sorry for her parents as their first child was not a boy. “It would pain me a lot. I decided to let my parents feel that their daughter is more capable than anyone else. I was quite determined to rise above.”

At the age of 14, Manya came to Mumbai and started staying in a suburban area called Kandivali. As she didn’t have enough money, she started working in a pizza outlet so she can manage fees for her college.

She said, “I would mop the floor, do the dishes, and sleep in the store room. On the job, I observed how people carried themselves, how they’d dress up, and talk to each other. It was a massive learning for me for the entire year that I worked there.”

She later started working in a call center while taking education at Thakur College of Science and Commerce, Mumbai. Singh revealed, “There I polished my language, worked on my diction and voice. I started work to support my education but even that led to shaping up my personality, preparing myself for Miss India.”

It wasn’t even easy for her to enter the beauty pageant and she had several failed attempts at it. “I would calm myself down, remind that I’ve seen a lot of struggle, so this too shall pass. I somehow had this incredible faith that I will go far and wide. There were people who came like angels in my life, especially during the pageant journey, and helped me at every step,” she said.