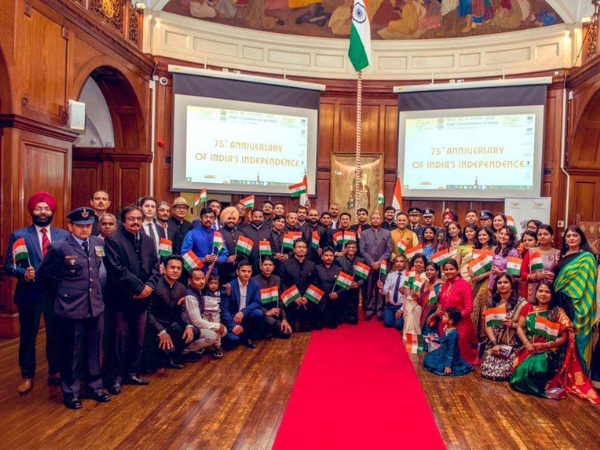 The diplomat thereafter read out the address of Droupadi Murmu, the president of India, to the nation. It was followed by singing of patriotic songs and felicitation of winners of the Azadi Ka Amrit Mahotsav quiz competition held on the occasion of India completing 75 years since gaining Independence on August 15, 1947.

The event was attended by large numbers of people from the Indian diaspora and members of Friends of India along with members of the high commission. The acting high commissioner also unveiled a model of ‘Tejas’, India’s indigenous Light Combat Aircraft built by Hindustan Aeronautics Limited.

On Monday evening, the Indian high commission organised an Independence Day reception to celebrate the 75th anniversary of Independence and the port call of Indian naval ship INS Tarangini to London.

Cultural performances such as Santoor recital, Kathak dance, medley of classical dances of India and a live Bhangra performance were held on the occasion.

The guests were also given a tour of the ship.