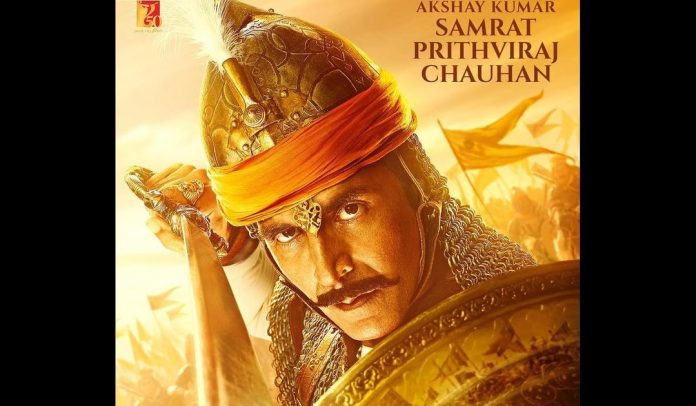 Bollywood superstar Akshay Kumar on Thursday took to social media to unveil the characters of his much-anticipated historical war drama Prithviraj. He also announced the new release date for the magnum-opus.

Produced by Aditya Chopra under Yash Raj Films, Prithviraj has missed its theatrical release a couple of times due to the pandemic. Last it was scheduled to release on January 25, 2022. However, the sudden outbreak of the third wave of the pandemic, fuelled by the Omicron variant, forced the makers to put the film’s release on hold yet again.

With the peak of the third wave almost over in India, the makers of Prithviraj have decided to release the film on June 10, 2022. The historical drama is based on the life and valour of Samrat Prithviraj Chauhan who fought valiantly against the merciless invader Muhammad of Ghor. Kumar plays the character of Chauhan in the Chandraprakash Dwivedi directorial while Miss World 2017 Manushi Chhillar essays the role of his beloved Sanyogita.

Sharing a motion poster of his character, Kumar wrote, “A role of a lifetime. Samrat #Prithviraj Chauhan arriving in cinemas on 10th June in Hindi, Tamil & Telugu.”

Kumar also shared the poster of Chhillar and wrote, “Princess Sanyogita weaved a tale of true love & compassion. Celebrate Samrat #Prithviraj Chauhan with #YRF50 only at a big screen near you on 10th June in Hindi, Tamil & Telugu.”

The superstar also unveiled the motion posters of his other co-stars, Sanjay Dutt and Sonu Sood, who play Kaka Kanha and Chand Vardai respectively.