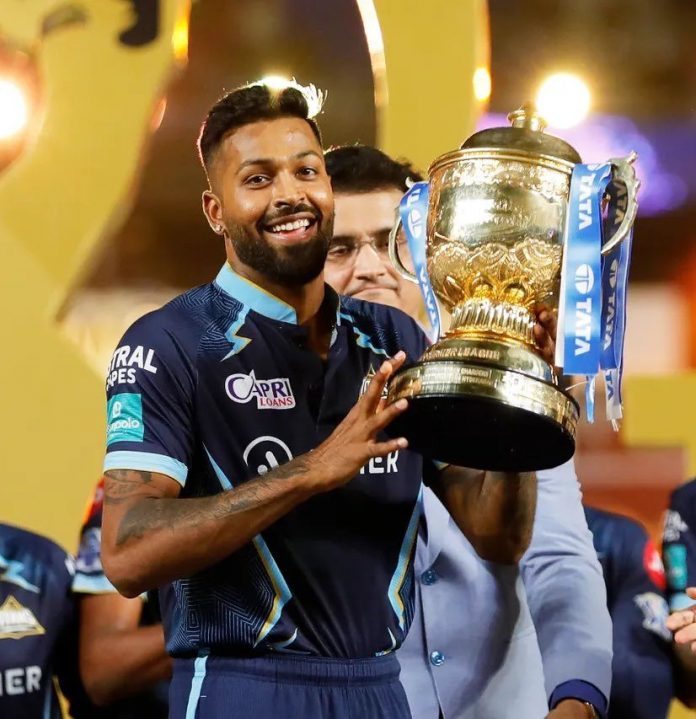 After leading Gujarat Titans to the Indian Premier League (IPL) title in their first season, winning the Twenty20 World Cup with India is next on Hardik Pandya’s bucket list.

Pandya led by example in Sunday’s final against 2008 champions Rajasthan Royals as Gujarat triumphed by seven wickets in front of more than 100,000 fans at their home ground in Ahmedabad.

Pandya claimed three crucial wickets, including that of the tournament’s leading scorer Jos Buttler, to restrict Rajasthan to a total which Gujarat chased down with 11 balls to spare.

It also proved Pandya has fully recovered from a back injury which had forced him to play purely as a batter over the last two seasons.

Asked what would be his next goal, the 28-year-old said: “Absolutely to win the World Cup for India no matter what happens.

“I am going to give it everything I have. Always been that kind of guy to put the team first. For me the goal will be simple: to make sure my team gets it the most.

“It has always been a pleasure for me to represent the country … Long term, short term, I want to win the World Cup no matter what happens.”

Former players including ex-India captain Sunil Gavaskar have praised Pandya’s composed and deft leadership, which they believe was crucial to Gujarat’s victory.

“Obviously this will be a little special because I have won it as a captain,” said Pandya, who had won four IPL titles with Mumbai Indians before taking up the leadership role at Gujarat.

“I consider myself very lucky that I have played five finals, and have lifted the trophy five times.

“Obviously this will leave a legacy because we are a new franchise, playing for the first time, and we are champions in the first season.”