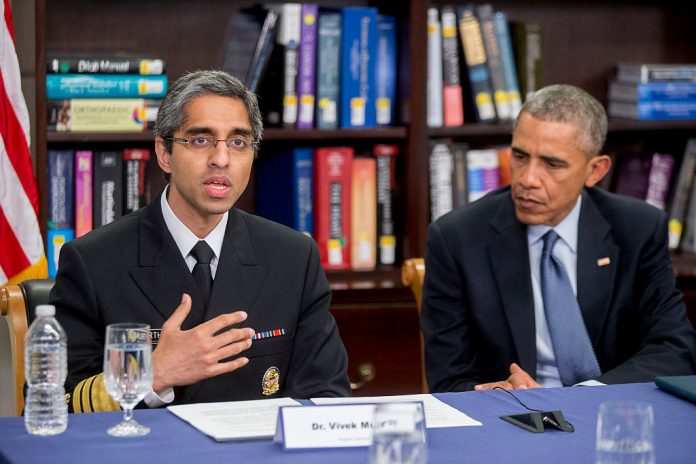 Dr Murthy,43, is one of the three co-chairs of the Biden’s Covid-19 advisory board.

“Vivek Murthy, a former US surgeon general, has been asked to reprise the role in an expanded version in the new administration,” The Washington Post reported.

The surgeon general serves a four-year term and is the top government official on public health issues.

Dr Murthy will be part of a team of health-care officials charged with tackling Covid-19.

He was earlier appointed as the surgeon general on December 15, 2014, after being approved by a 51-43 Senate vote. He was relieved of his duties on April 21, 2017, by president Donald Trump.

Another co-chair of the advisory board, Jeff Zients, is set to serve as the White House’s Covid-19 coordinator, the report further said.

Dr Murthy was a hospitalist attending physician and instructor in medicine at Brigham and Women’s Hospital at Harvard Medical School, a position he has held since 2006.

He has been the co-founder and chairman of the board of TrialNetworks, formerly known as Epernicus, since 2007. He co-founded VISIONS Worldwide in 1995, a non-profit organisation focused on HIV/AIDS education in India and the US.

He is also the co-founder and president of Doctors for America.

He was born in Huddersfield, Yorkshire to immigrants from Karnataka, India. In 1978, the family moved to Newfoundland, where his father worked as a district medical officer. When he was three years old, the family relocated to Miami, and his parents established their medical practice there.