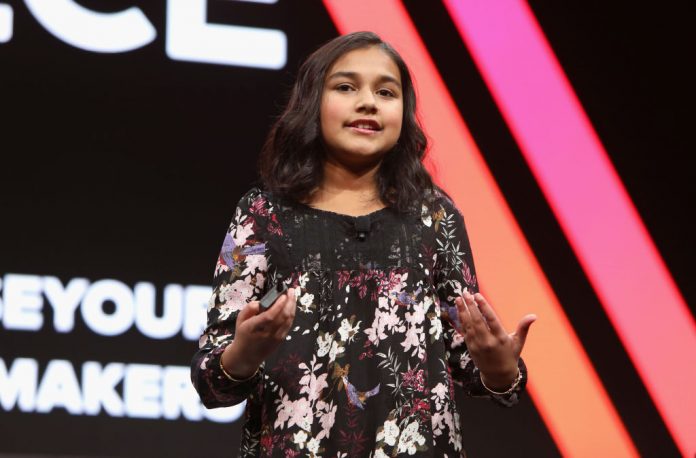 A 15-year-old Indian-American has been named as Time magazine’s first-ever ‘kid of the year’.

Gitanjali Rao, from Denver, Colorado, the US has been recognised for her technological inventions including a device that can identify lead in drinking water, and an app and Chrome extension that uses artificial intelligence to detect cyberbullying.

She was chosen from a field of 5,000 US-based nominees, which was whittled down to five finalists by a committee of young people alongside comedian and TV presenter Trevor Noah.

“I don’t look like your typical scientist. Everything I see on TV is that it’s an older, usually white, man as a scientist.

“My goal has really shifted, not only from creating my own devices to solve the world’s problems, but inspiring others to do the same as well. Because, from personal experience, it’s not easy when you don’t see anyone else like you,” said Rao, in an interview with actor and humanitarian Angelina Jolie.

“So I really want to put out that message: If I can do it, you can do it, and anyone can do it.”

She attends the STEM school highlands Ranch in the US. She is a 3-time TEDx Speaker.

She was awarded the top ‘health’ pillar prize for the TCS ignite innovation student challenge in May 2019 for developing a diagnostic tool based on advances in genetic engineering for early diagnosis of prescription opioid addiction.

Time began awarding its man of the year honour in 1927, later updating it to person of the year, but this is the first time it has named a kid of the year.

It has teamed up with children’s TV channel Nickelodeon for the new award.

Last year, climate activist Greta Thunberg became the youngest ever person of the year when she was given the honour at age 16.