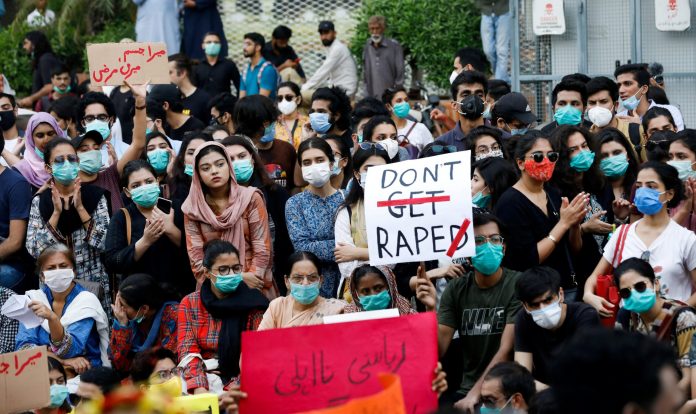 Pakistan’s president on Tuesday (15) approved a new anti-rape law which will speed up convictions and launch the country’s first national sex offenders registry.

The law, which goes into effect immediately but must be ratified by parliament within three months, was prompted by the gang rape of a mother in front of her children on the side of a motorway in September.

The case caused outrage and led to nationwide protests, with activists demanding the government do more to stop violence against women.

Sex crimes such as rape carry social stigma in conservative Pakistan, where victims find it hard to get justice.

“The ordinance will help expedite cases of sexual abuse against women and children,” a statement from president Arif Alvi’s office said Tuesday.

The new law — first put forward by prime minister Imran Khan — orders the establishment of special courts to try cases of rape and sexual abuse against women and children which must be completed within four months.

The ordinance prohibits the identification of rape victims and creates a nationwide registry of rape offenders.

It also establishes anti-rape cells across the country for conducting initial investigations, and medical examinations within six hours of filing a police complaint.

The law will also abolish an invasive medical examination known as the two-finger virginity test for rape victims. The test involves a medical officer inserting two fingers into a rape victim’s vagina to assess her sexual history.

According to data provided by the government this year, 11 rape cases are reported every day in Pakistan, while authorities admit the true figure is much higher.

Pakistan is a deeply conservative and patriarchal nation where victims of sexual abuse often are too afraid to speak out, or where criminal complaints are frequently not investigated seriously.

Following the motorway rape, a police official seemed to blame the victim because she was driving at night without a male companion.

The prime minister later called for the chemical castration of rapists, which involves using drugs to reduce a person’s libido.