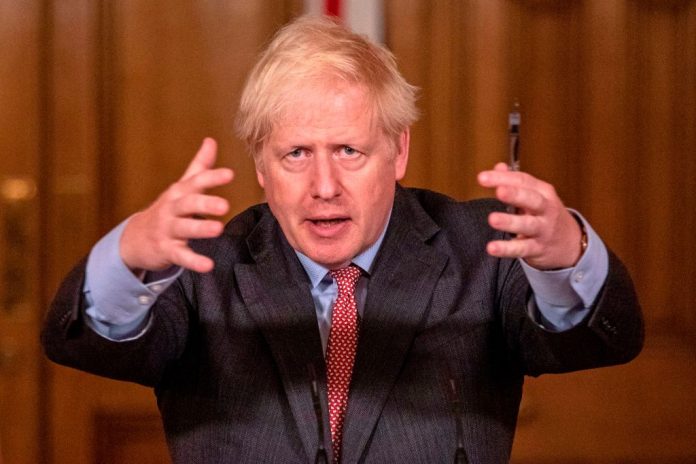 THE UK prime minister Boris Johnson vowed to go the “extra mile” for a Brexit trade deal but instructed his government to prepare for Britain to crash out of the EU’s single market at the end of this year.

The gloom deepened over the drawn-out Brexit saga after Johnson and European Commission president Ursula von der Leyen, over a combative dinner in Brussels, declared a Sunday deadline to decide whether to keep talking or give up.

Johnson stressed he wanted his negotiators to “keep going, and we’ll go the extra mile” for a last-gasp deal, and said he was ready to travel again to Brussels, as well as to Paris or Berlin, to get one over the line.

But speaking after a rare evening meeting of the cabinet on Thursday(10), the Conservative leader said his ministers “agreed very strongly with me that the deal on the table is really not at the moment right for the UK”.

“So what I told the cabinet this evening is to get on and make those preparations” for no deal, he said.

The pound has slumped on currency markets as traders adjust to the looming possibility that after five decades of integration between Britain and mainland Europe, cross-Channel trade will be subject anew to tariffs and quotas in the New Year.

Britain left the EU on January 31 but a standstill transition period, under which it remains bound by the bloc’s rules pending any new deal, ends on the night of December 31.

Without a post-Brexit deal, Britain’s trade with its biggest market will in future operate on pared-down World Trade Organization (WTO) rules, or Australian terms as Johnson prefers to call them for public consumption.

“We’re not stopping talks, we’ll continue to negotiate, but looking at where we are I do think it’s vital that everyone now gets ready for that Australian option,” Johnson said.

He accused the EU of shifting the goalposts in the past fortnight by reviving demands for “equivalence”, meaning Britain would be bound to follow future regulatory standards laid down by Brussels to prevent either side gaining a competitive edge.

Refusal would mean Britain facing “punishment, sanctions, tariffs or whatever”, he said.

“After many years now of voting to leave the EU we wouldn’t still have control of our waters and that’s no good. And so the cabinet agreed very strongly with it that we’re really not there yet at all,” he said.