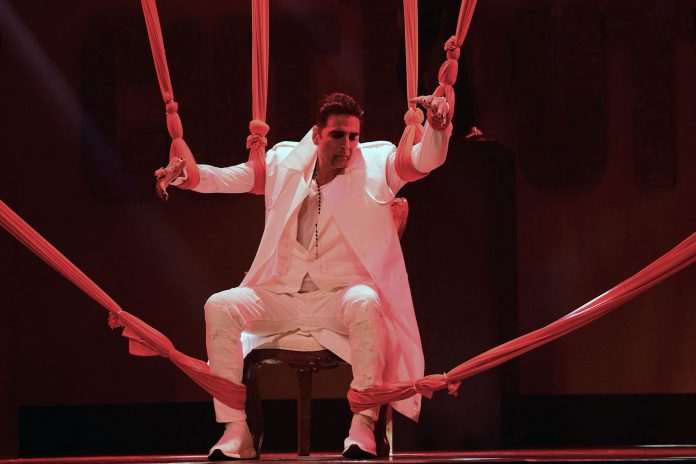 Apart from his impeccable acting chops, Bollywood superstar Akshay Kumar is also known for his undying obsession with fitness.

The actor has been an inspiration for millions of fitness enthusiasts over the years and, in fact, a lot of Bollywood actors also look up to him when it comes to keeping themselves fit and fine.

Kumar on Wednesday shared a video from his gym where he can be seen performing monkey bar exercise.

In the video, the actor wore a black T-shirt with black pants and white shoes. He jumped five times from one bar to another. Surprised fans could not help and asked them if he is indeed 55.

Sharing the video on Instagram, Kumar wrote, “My best mornings are those that start like this. Yours?”

One fan wrote, “Our hero is strong till date.”

Another fan commented, “Sir, you are my role model.”

Meanwhile, on the work front, Akshay Kumar Akshay can be currently seen in Ram Setu (2022). He has a number of high-profile projects at various stages of development.

He will next be seen in Oh My God 2 with Pankaj Tripathi and Yami Gautam. He also headlines the official Hindi remake of the National Film Award-winning Tamil film Soorarai Pottru with Radhika Madan.

He will also be essaying lead roles in Gorkha and Capsule Gill, while he also has Selfiee with Emraan Hashmi, Diana Penty, and Nushrratt Bharuccha.