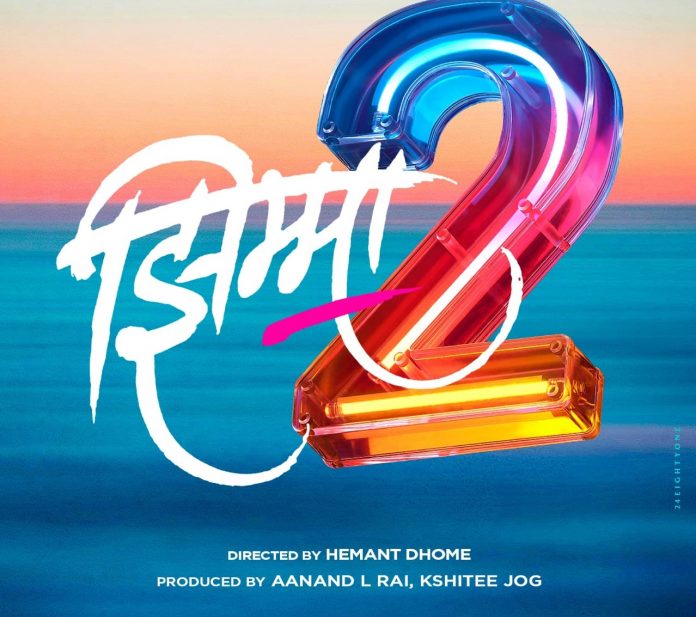 Aanand L Rai & Colour Yellow productions made headlines as their first venture in Marathi cinema titled Aatmapamphlet traveled globally to be screened at Berlin Film Festival. As much as Bollywood & Tollywood have made our country proud, regional cinema are emerging trendsetter by delivering the best stories through cinema. Aanand L Rai’s Colour Yellow Productions along with Chalchitra Mandalee announce Jhimma 2, the sequel of one of the highest grosser of 2021 in Marathi titled Jhimma.

Aanand L Rai shares, ”We are so happy to do another film in the Marathi cinema. The first part was a huge success & even one of the top grossers of 2021. The film has a strong message which resonated well with the viewers & that’s why we decided to back Chalchitra Mandalee in bringing Jhimma 2 to you. I’m very happy to join hands with Hemant & Kshitee.”

Director Hemant Dhome shares, ”Jhimma wasn’t just a film but a passion project. The way it was received by the audience was so heartwarming. The second part is going to be better & bigger for sure. With personalities like Aanand L Rai in the team, we are sure to give another promising project.”

The story of Jhimma revolved around seven women from different age groups and socio-cultural backgrounds coming together and celebrating life.
Colour Yellow Production and Chalchitra Mandalee made an announcement of Jhimma 2 with a teaser video. This video is a recreation of one of the most popular scenes from Jhimma. The video promises new characters along with the old ones and much more fun, happiness, and quirk.

Jhimma 2 has an ensemble cast. The film is directed by Hemant Dhome, written by Irawati Karnik, and produced by Aanand L Rai and Kshitee Jog.