Home Business India Business We have been investing in India right from when we started JW... 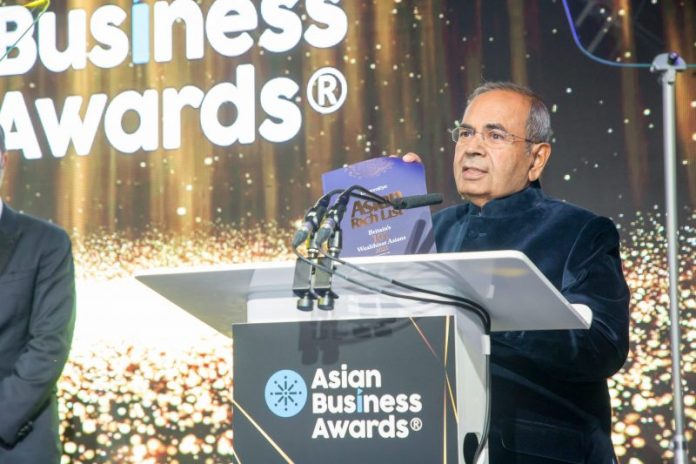 The Hinduja Group is actively planning property development in India including residential and office spaces, its co-chairman Gopichand Hinduja said.

Having a presence in places like Chennai, Mumbai and Hyderabad, the group has a huge land bank in India, he said adding that planning is on either for creating a charitable activity like a medical college, world knowledge centre, residential spaces and offices.

“My father always believed that realty is the best thing to invest in because it keeps on growing. We have been investing in India right from when we started JW Marriott at Juhu in Mumbai as a large investor.”

Having redeveloped London’s iconic Old War Office (OWO) which is ready for launch during Diwali, the group is working on legacy properties in Paris and Geneva too.

Two more projects – in London and India – are also in the pipeline, said Hinduja, who along with his brother Srichand, topped the Asian Rich List 2021 with a combined wealth of £27.5 billion.

He said they are all historical properties and the group likes to “leave a legacy behind”.

“We have got a lot of experience since we developed our existing residence, the Carlton House Terrace, which was part of the palace of Queen Victoria and King George IV. From there we have one of the best development teams and they are very much looking for opportunities- we are developing properties in Paris and in Geneva too,” he told the newspaper.

According to him, the redeveloped OWO has been attracting buyers from across the globe, including from India’s Hindi film industry.

Acquired eight years ago by the group, the property is redeveloped into a 120-room luxury hotel and 85 residences and the “trophy project” was delayed because of additional development.

“I can tell you there is great interest from the US, China, Hong Kong, Singapore, Bollywood and Hollywood. But we have to be careful with the compliances, which we have created ourselves. It’s not that whoever gives us more money, we are attracted to hand it over to them. No,” Hinduja said.