Home Coronavirus UK has pulled together, not apart, during the pandemic, says survey 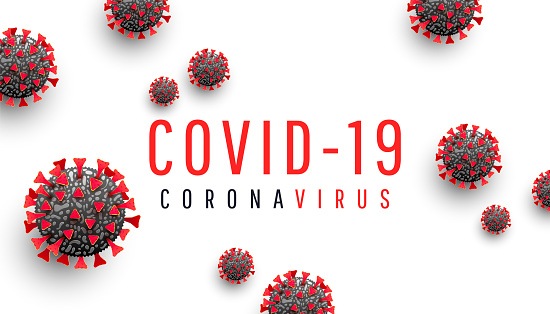 A NEW survey has revealed that society in the UK has pulled together, not apart, during the Covid pandemic.

The Talk/together survey titled ‘Our Chance to Reconnect’ of nearly 160,000 people, has found out that stronger connections within neighbourhoods and communities, along with millions of new volunteers, could help drive change in social connection once the country emerges from the Covid crisis.
Three times as many people said Covid has made their local community more united (41 per cent) than say it’s become more divided (13 per cent), the survey stated.
The nationally-representative research by ICM found that people were twice as likely to agree that the public’s response to the coronavirus crisis has shown the unity of our society more than its divides’ than to disagree (50 per cent agree to 27 per cent disagree).
The survey revealed that only a quarter of the public now say that their main political identity is as a ‘leaver (12 per cent) or a ‘eemainer’ (13 per cent).
“Despite periods of unease, the public responded by strengthening community connections. Most people got to know their neighbours better. An overwhelming majority want to keep the benefits of closer communities and build on them,” it added.
According to the research, a massive 12.4 million people volunteered during the pandemic, 4.6 million of them for the first time, of whom 75 per cent said they would volunteer again.
Responding to the findings, Imam Qari Asim, Imam of Leeds Makkah Mosque and chair of the Mosques and Imams National Advisory Board (MINAB), said: “Lockdown has certainly posed challenges for us all over the past few months, but I think the results of the /Together report and the reaction of the community at Leeds Makkah Mosque show that as a society we have in fact pulled together, not apart.
“We have welcomed people of different faiths, ethnicities and backgrounds to our weekly food bank; we couldn’t have done that without the help of volunteers and the community as a whole.”
Bishop Nick Baines, chair of /Together trustees, said: “Faced with this adversity, we could have become more divided and looked for others to blame. Yet this new research finds that people feel a stronger sense of connection to their neighbours and community.
“There are worries, too, about divisions re-emerging in the difficult times to come. But we found a clear public appetite for a society in which we are more connected to each other and the community spirit of 2020 is kept alive.”
The Talk/together study involved an online survey with almost 80,000 responses, five national polls with a total sample of over 10,000 people and in-depth discussion groups with almost 300 online participants from every region and nation of the UK.
Jill Rutter of the think-tank British Future, which coordinated the project for /Together, said: “Talking to people across the UK, from March 2020 to January this year, we’ve listened to the fears and frustrations that people felt during this extraordinary period. But we also heard how people reached out to neighbours and to strangers, feeling a greater sense of connection to each other, particularly at local level. This is something that we can build on if we choose to.”
Julie Siddiqi, founder of Together We Thrive and member of the /Together steering group, said: “There is a real enthusiasm for volunteering and when people from different backgrounds come together in a common cause like this so many of the old barriers and stereotypes quickly fade away. Society benefits but so do all those who contribute their time and energy.”