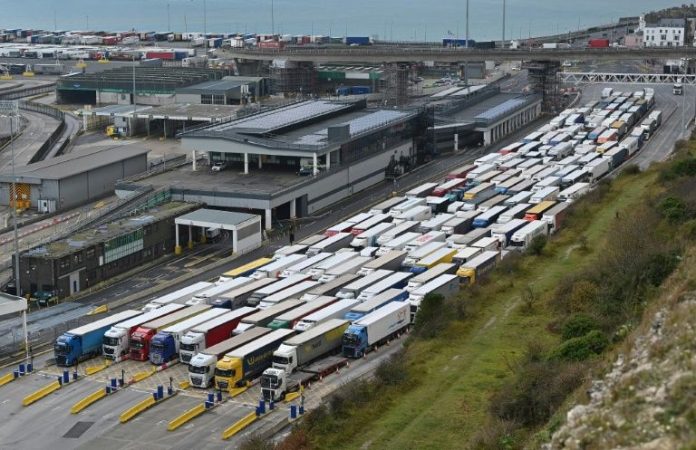 Food shortages, tailbacks and congested ports: as talks with Brussels remain unresolved three weeks before leaving the EU single market, the UK is preparing for a chaotic “no-deal”.

Business groups this week warned of difficulties from January 1 as a frustrating lack of clarity on a post-Brexit trade deal has left many companies unable to plan properly.

“While Britain’s businesses are hoping that a Brexit deal will be reached, companies across many sectors will face disruption,” said Darren Jones, chair of parliament’s Business, Energy and Industrial Strategy Committee, after meeting business representatives on Tuesday.

Businesses warned of “potential food shortages and price rises, and the threat of heaping significant costs onto our car industry, and also of concerns around financial services”, he said.

James Sibley, head of international affairs at the UK’s Federation of Small Businesses (FSB), told the BBC he expected “terrible disruption in January”.

But even as the clock ticks down to Brexit, the country has already had a taster: a logjam at seaports has lasted several weeks, disrupting supply chains.

Many businesses are trying to order in supplies early as a precaution while others are ordering larger quantities to boost production to compensate for this year’s coronavirus lockdown.

This week, large numbers of lorries were stuck in huge jams heading to and from the busy Channel port of Dover, on the south coast of England.

Many fear the situation could get considerably worse if London and Brussels fail to strike a deal in last-gasp trade talks that could end on Sunday.

In a September report on the “reasonable worst case” scenario, the British government predicted there could be tailbacks of 7,000 lorries waiting at ports lasting two days.

It envisaged huge emergency carparks for lorries and even special passes to enter the county of Kent, where Dover is located, showing truckers had all the right new paperwork.

The FT reported that Transport Secretary Grant Shapps has ordered officials to book space on emergency ferries in a contract worth £77 million to run for up to six months.

Failure to secure a deal in time for the end of the transition period on December 31 would see Britain revert to World Trade Organization rules, with tariffs and quotas, from January 1.

This would mean customs duties and limits placed on a number of goods, on top of more detailed, time-consuming paperwork.

Every lorry that failed to comply precisely would cause a delay of several minutes, causing long lines at customs.

This would in turn harm long-established production chains, particularly in the automotive industry where production is scattered across Europe and relies on minimal “just in time” supplies of parts to cut costs.

Any delay risks creating bottlenecks, something that has already happened to Japanese carmaker Honda, which has had to suspend production at its factory in Swindon in England from Wednesday due to a lack of components.

It hopes to restart on Monday.

Sibley, of the FSB, said a survey of its members had found only around a third said they were ready for Brexit.

Concerns are also mounting among British consumers at the prospect of food shortages.

Asked by journalists on Thursday whether families should stock-pile food, a government spokesman sought to reassure the public, saying: “We have a resilient supply chain.”

The spokesman said the D20 unit was set up as part of “preparations for future scenarios” looking at the end of the transition period and “any other pressures we may face over the winter period”.

The Confederation of British Industry, representing business leaders, wants a grace period for changes to rules of origin and product labelling and the introduction of new border checks.