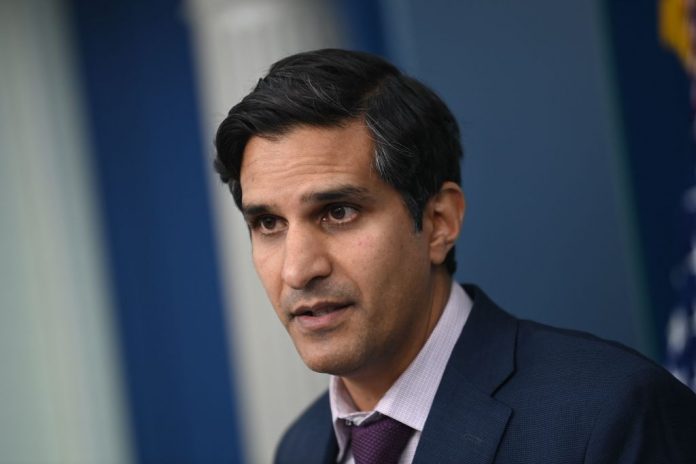 THE US will not set any “red line” for India on its energy imports from Russia but does not want to see a “rapid acceleration” in purchases, a top US official said during a visit to New Delhi.

However, Daleep Singh, Washington’s chief sanctions strategist, was quoted by local media during the visit as saying that India could not rely on Russia if there was another clash with China.

Lured by steep discounts following Western sanctions on Russian entities, India has bought at least 13 million barrels of Russian crude oil since the country invaded Ukraine in late February. That compared with some 16 million barrels for the whole of last year, data shows.

“Friends don’t set red lines,” Singh told reporters, adding however that its partners in Europe and Asia had been urged to cut their reliance on “an unreliable energy supplier”.

Meanwhile, Russian foreign minister Sergei Lavrov began meetings with India’s leaders in New Delhi on Friday (1) after seeing his Chinese counterpart earlier in the week, as Moscow tries to keep the Asian powers on its side amid Western sanctions.

Russia has long been India’s biggest supplier of defence equipment, despite growing purchases from the US in the past decade. Defence analysts say Russian supplies are more cost-competitive and vital for India as it faces a superior Chinese military.

Singh said the US was ready to help India diversify its energy and defence supplies.

“We stand ready to help India diversify its energy resources, much like is the case for defence resources over a period of time. But there is no prohibition at present on energy imports from Russia,” he said.

“What we would not like to see is a rapid acceleration of India’s imports from Russia as it relates to energy or any other exports that are currently being prohibited by us or by other aspects of the international sanctions regime.”

He also said the US would not like to see its allies helping resurrect the rouble, which nosedived immediately after the war began but has recovered in recent days.

“We would not like to see mechanisms that are designed to prop up the rouble or to undermine the dollar-based financial system, or to circumvent our financial sanctions,” he said.

Reports said that India and Russia are trying to work out a rupee-rouble payments mechanism to maintain trade between the countries.

India and China count Russia as a friendly nation and neither has condemned Russia’s attack on Ukraine. While India has abstained from voting on UN resolutions on the War, China has in some cases sided with Moscow.

China’s foreign minister Wang Yi said after a meeting with Lavrov on Wednesday (30) that Moscow and Beijing were “more determined” to develop bilateral ties and boost cooperation. They also condemned the Western sanctions on Russia.

Singh said the growing Russia-China bonhomie had consequences for India.

“Russia is going to be the junior partner in this relationship with China. And the more leverage that China gains over Russia, the less favourable that is for India,” he said.

Delhi shares Western alarm over Beijing’s assertiveness in the Asia-Pacific region, with 20 Indian and four Chinese troops killed in a brawl on their disputed Himalayan border in 2020.

Russia has written to India’s defence ministry requesting clearance of payments worth $1.3 billion that have been halted since last month, according to the local Economic Times newspaper.

Singh said the US was ready to help India — the world’s third-biggest oil importer and consumer — diversify its energy and defence supplies.

India is part of the so-called Quad alliance with the US, Japan and Australia — seen as a bulwark against China.

After the 2020 clash on the China border, India rushed large amounts of military hardware to the frontier, most of it Russian-origin.