Home HEADLINE STORY OneWeb can be ‘at the heart of security links’ between India and... 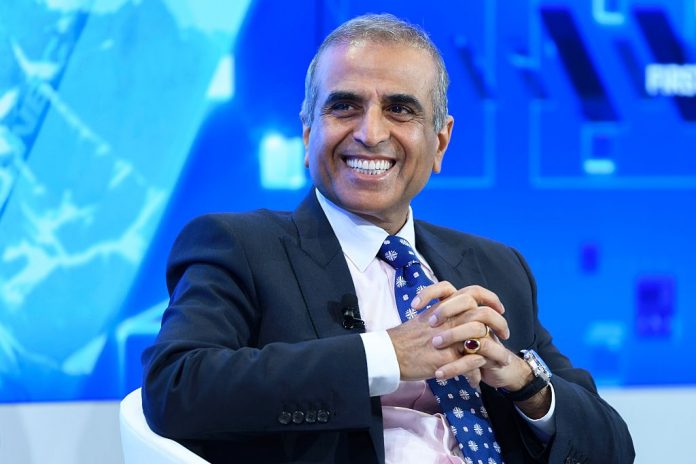 TELECOMS tycoon Sunil Bharti Mittal has said that satellite operator OneWeb can be at the heart of new relationship between India and the ‘Five Eyes’, the intelligence partnership between Britain, the US, Australia, Canada and New Zealand.

Mittal, chairman of Bharti Enterprises, has teamed up with the British government to rescue OneWeb. The UK won the bidding war for OneWeb, with $500m (£375m) from the treasury and $500m from Bharti.

“OneWeb has big programmes with the ministry of defence and the US department of defence. From that big alliance that the UK is part of, India can be brought into discussions in sharing intelligence, building critical applications around OneWeb, so these countries can collaborate against terror,” Mittal told The Telegraph.

Recent reports said that while there were no formal moves to bring India into the Five Eyes, officials are looking at closer intelligence with India.

OneWeb plans to offer broadband connectivity anywhere on Earth via a ‘constellation’ of 650 satellites in a low orbit. It will stimulate the aerospace industry, supply broadband in remote locations and act as a backup to the GPS network, which is vulnerable to jamming and even attacks by space weaponry.

The UK government also believes it could provide a back-up/alternative to the US-controlled GPS system.

According to reports, India’s space authority and OneWeb are already in touch about potential future launches.

“Airtel plans to join Western operators by removing equipment made by the Chinese manufacturer Huawei from its existing network and barring it from future upgrades. We will slowly wind it down over the next several years. We are not planning to put up any 5G networks from China,” he said.

Currently, Airtel has around 23 per cent Chinese kit in some of its networks.

Mittal, who started his entrepreneurial journey by making bicycle crankshafts in India’s Punjab, said that he is putting half-a-billion in the OneWeb deal ‘with confidence’.

The UK government had been hunting for a co-investor to rescue OneWeb. With the intervention of Mittal the deal was agreed within days and was finally closed on November 20.

“Coming out of Brexit, the UK and India will enter into trade negotiations and get a very beneficial deal. I will be pushing from both sides that space is right at the front of the agenda,” Mittal, 63, told The Telegraph.

“India is open to the world, you can put money in and take money out. I am not surprised that Google and Facebook are putting money into India. China is shut to them.”

The first launch since OneWeb’s bankruptcy is due on December 17 and more cash is needed to complete the network. Another investor with $250m to $300m is ‘very close’ says Mittal as the firm will need a further $800m.

“There are plans to bring much of OneWeb’s manufacturing from Florida in the US to the UK in future. People question why the British have put public money on this venture, which could be risky,” he said.

He added that the government has takena big option in the space play with a ‘very small amount’.

Reports said that his son Shravin will hold a board seat in OneWeb.

Mittal’s recent deals have included the £3bn listing in London of Africa Airtel, and the £1.5bn merger of Bharti and Vodafone’s tower operations in India. He is now one of India’s richest businessmen, worth $10bn.