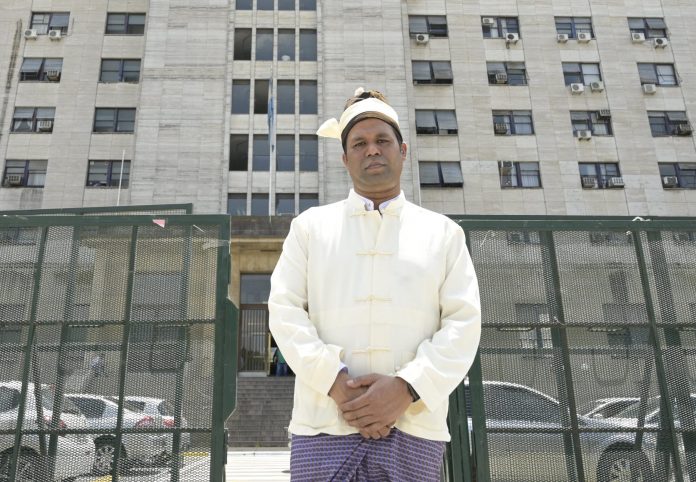 Human rights lawyers and activists said on Monday (23) that Myanmar is continuing to commit genocide against Rohingya Muslims in breach of orders by the UN’s top court.

The International Court of Justice (ICJ) in January rejected arguments made personally by Myanmar’s civilian leader Aung San Suu Kyi in The Hague and imposed urgent interim measures on the predominantly Buddhist nation.

The ICJ ordered Myanmar to cease the commission of genocidal acts, prevent the destruction of evidence of crimes against the Rohingya and report back to the UN every six months.

“The genocide is still ongoing,” Tun Khin, president of Burma Rohingya Organisation UK, said in a statement Monday, the deadline for the second report. The group is one of the most prominent Rohingya rights organisations.

“The Myanmar government and military are calculating that they can safely ignore the provisional measures and not face any consequences,” he said.

A brutal military crackdown in 2017 is thought to have killed thousands and forced some 750,000 Rohingya to flee to refugee camps in Bangladesh.

Around 600,000 more Rohingya remain in Myanmar, however, stripped of citizenship in what rights activists describe as apartheid conditions.

Myanmar denies committing genocide, justifying the 2017 operations as a means of rooting out Rohingya insurgents.

M. Arsalan Suleman, legal counsel working on the case against Myanmar, confirmed Monday the country had submitted the report in time.

But activists are urging the ICJ to force the Southeast Asian nation to make it public to allow full scrutiny.

“For Rohingya, this lack of transparency is yet another injustice,” said Tun Khin.

Rights groups have condemned the almost absolute exclusion of Rohingya from voting in November’s election and their continued vilification as illegal interlopers.

“Myanmar has done nothing to address the root causes of discrimination and impunity that give rise to the ongoing risk of genocide against the Rohingya,” said Global Justice Center legal director Grant Shubin.

The Rohingya crisis has left the international reputation of Myanmar and Suu Kyi in tatters.

The UN General Assembly last week voted overwhelmingly for a draft resolution expressing “grave concern” over serious rights violations against the Rohingya, a decision Myanmar blasted as “intrusive” and “illegitimate”.

The country has conceded some soldiers might have used “disproportionate” force in the 2017 crackdown, but insists they will be investigated and prosecuted by Myanmar’s criminal justice system.

In legal proceedings separate from the ICJ case, the International Criminal Court last year opened an investigation into the persecution of the Rohingya.

A case has also been filed in Argentina under the principle of universal jurisdiction, which allows war crimes and crimes against humanity to be tried anywhere.