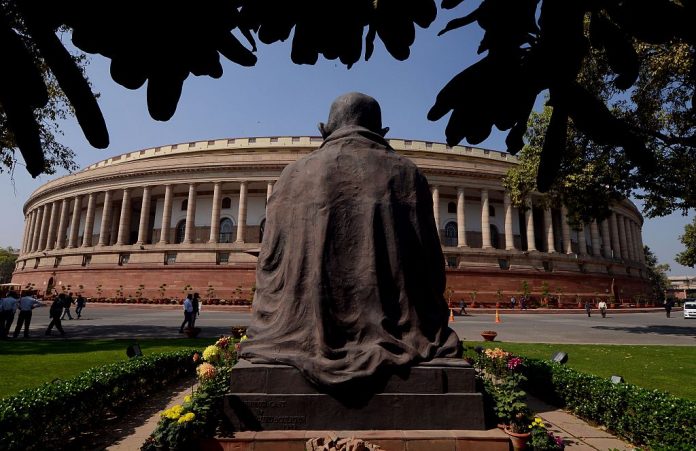 The new building with an area of 64,500 square metres is expected to be completed by 2022 at an estimated cost of about  £99 million.

“The new building will showcase the cultural diversity of the country. Hopefully, in the 75th year of independence (2022), Parliament session will be held in the new building,” Birla said.

According to the speaker, some political party leaders would physically attend the event on Thursday while others would attend virtually.

The new building will be earthquake resistant and 2,000 people will be directly involved in the construction of the new building and 9,000 indirectly.

As many as 1,224 MPs can sit together in the building, while a new office complex for all MPs of both the houses would be built at the site of the existing Shram Shakti Bhawan.

India plans to conserve the existing Parliament building as an archaeological asset.

The current British-era building was designed by Edwin Lutyens and Herbert Baker. The Foundation Stone of the existing Parliament house was laid on February 12, 1921 and took six years to complete.

The opening ceremony was performed on January 18, 1927 by the then Governor-General of India, Lord Irwin.

The new building will also have a grand constitution hall to showcase India’s democratic heritage, a lounge for members of Parliament, a library, multiple committee rooms, dining areas and ample parking space.

In the new building, the Lok Sabha chamber will have a seating capacity for 888 members, while Rajya Sabha will have 384 seats for the upper house members.

In September this year, Tata Projects Limited won the bid to construct the new parliament building.