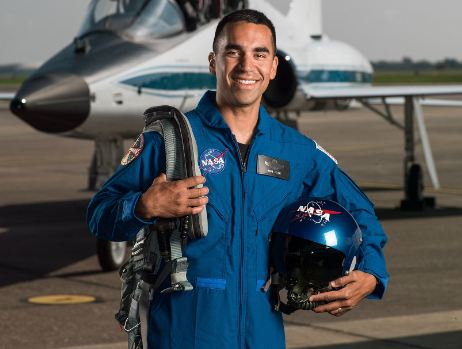 INDIAN-AMERICAN US Air Force Colonel Raja Chari,43, has been selected as the commander of the SpaceX Crew-3 mission to the International Space Station by NASA and the European space agency.

NASA’s Tom Marshburn will be pilot and ESA’s Matthias Maurer will serve as a mission specialist for the mission which is expected to launch next year.

Chari will be making his first trip to space with the Crew-3 mission.

“Excited and honored to be training with @astro_matthias and @AstroMarshburn in prep for a trip to the @Space_Station,” Chari said in a tweet.

This will be the first spaceflight for Chari, who became a NASA astronaut in 2017.

Born in Milwaukee, he has accumulated more than 2,500 hours of flight time in his career. He was selected earlier this month as a member of the Artemis Team and is now eligible for assignment to a future lunar mission, NASA said in a statement.

Chari was selected by NASA to join the 2017 Astronaut Candidate Class. He reported for duty in August 2017 and completed the initial astronaut candidate training.

Chari’s father Srinivas Chari came to the US at a young age from Hyderabad for an engineering degree.

When Chari, Marshburn, and Maurer arrive at the orbiting laboratory, they will become expedition crew members for the duration of their six-month stay.

The crew will have a slight overlap with the Crew-2 astronauts, who are expected to launch in the spring of 2021.

As a global endeavour, 242 people from 19 countries have visited the International Space Station that has hosted more than 3,000 research and educational investigations from researchers in 108 countries and areas, NASA said.