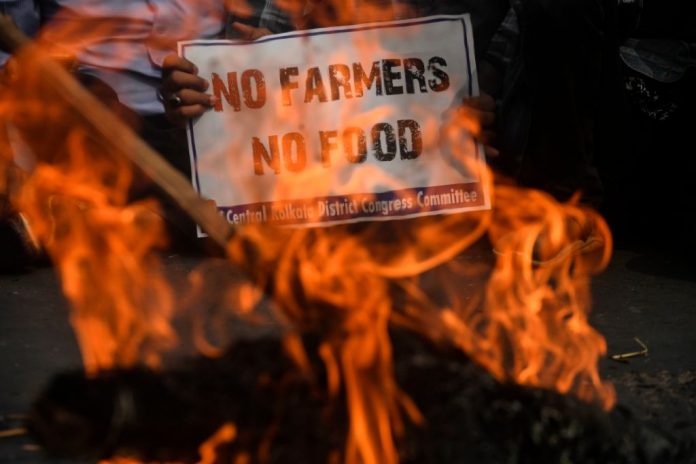 Farmers have been demonstrating since late last month over reforms enacted in September that loosened rules around the sale, pricing and storage of farm produce, and had protected farmers from an unfettered free market for decades.

Small growers, in particular, fear that they will be at the mercy of big business if they are no longer assured of floor prices for staples such as wheat and rice sold at government-controlled wholesale markets.

Unhappy with prime minister Narendra Modi’s liberalisation, farmers have set up protest camps and blocked roads surrounding the capital New Delhi, and on Tuesday(8) they mounted a nationwide strike.

In response, the government decided against rushing into a planned second day of talks without first coming up with some proposals that could mollify the angry farmers, a federal government spokesman said.

“We’re open to amendments, but a complete withdrawal of the laws is just plain impossible,” said a senior government official in the agriculture ministry in New Delhi, who declined to be identified.

A second senior government official said they were working on a fresh proposal to “fine tune” the three laws, which would be presented to the over 30 farmer unions actively involved in the protests.

Farmer leaders want the government to retain mandatory government purchases, and said that buyers at private markets should pay the same tax as at state-run markets.

Hannan Mollah, the general secretary of All India Kisan Sabha (All India Farmers’ Union), said his members would discuss intensifying resistance to the new laws.

The protests, led by influential farming groups from the grain-producing states of Haryana and Punjab, pose a major challenge to Modi as he seeks to reform the vast agriculture sector, which makes up nearly 15 per cent of India’s $2.9 trillion economy and employs around half of its 1.3 billion people.

Opposition parties have criticised the reforms, saying they will benefit big business and be disastrous for the rural economy, and are due to meet President Ram Nath Kovind, the country’s ceremonial head of state, to discuss the controversial laws.