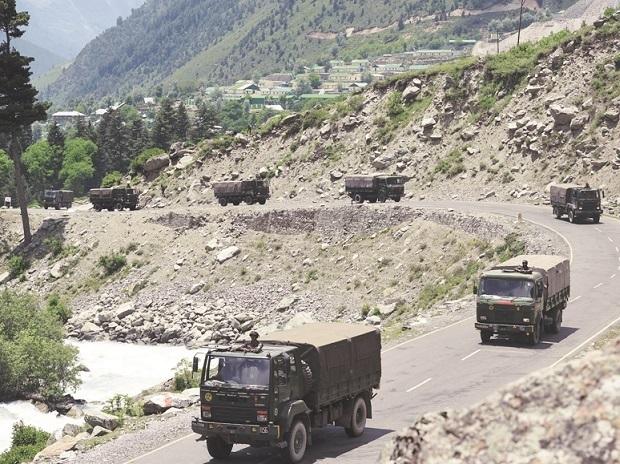 India said Thursday it had reached an agreement with China for both to pull back from part of their contested Himalayan border, in the biggest push to ease tensions between the nuclear-armed neighbours since a deadly clash in June.

India and China fought a border war in 1962 and have long accused each other of seeking to cross their frontier – which has never been properly agreed – in India’s Ladakh region, just opposite Tibet.

The latest stand-off was triggered in May when Indian officials claimed Chinese troops encroached over the demarcation line on parts of the northern side of the Pangong Tso lake and some of the strategically important Galwan river valley.

In mid-June, 20 Indian soldiers were killed in a brutal, high-altitude border battle in the Galwan valley in one of the deadliest clashes between both sides in recent decades.

Beijing has not revealed how many casualties it suffered.

The world’s two most-populous nations later sent tens of thousands of extra troops to the border.

Indian Defence Minister Rajnath Singh said the agreement with Beijing to pull back forces from the Pangong lake area “envisages that both sides will cease their forward deployments in a phased, coordinated and verified manner”.

“It will substantially restore the situation to that existing prior to commencement of the stand-off last year,” he told parliament, stressing that “we have not conceded anything”.

Singh said the disengagement started Wednesday and “mutual and reciprocal steps” to be taken including the removal of structures built since April and a temporary halt on military activities, including patrolling, on the north side of the lake.

The deal had been struck at the ninth round of high-level military talks since the June clash, with the next meeting to take place after “complete disengagement” in the area, he added.

China’s defence ministry spokesman, Wu Qian, said in brief comments Wednesday that the frontline troops from both sides “began to disengage in a synchronised and planned way on February 10”.

Retired Lt. General D.S. Hooda, who until 2016 headed India’s Northern Command, told AFP that the agreement was “a good beginning for the desired process of disengagement”.

The deal was also in line with New Delhi’s demands for a “restoration of the status quo”.

“A temporary moratorium on patrolling… I think is good. No patrol clashes will help the situation. I think the situation now is equal on both sides,” Hooda told AFP.

India and China share a 3,500-kilometre (2,200-mile) border, with disputes at other points in Ladakh, including at Aksai Chin, a strategic corridor linking Tibet to western China next to the Galwan valley, and at Naku La pass further east, which connects Sikkim state with Tibet.