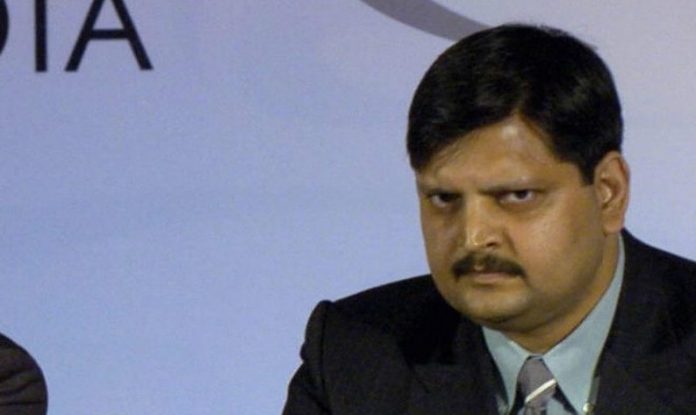 Atul Gupta, one of the three Gupta brothers now in self-exile in Dubai, has lost a high court bid to get a new passport from the South African government.

Atul, Ajay, and Rajesh Gupta are accused of siphoning billions of rands from South African parastatals through their close association with former president Jacob Zuma.

Atul and Rajesh are currently awaiting extradition to face charges in South Africa.

The brothers and their families fled to Dubai after Zuma was ousted from the presidency in 2018 by his ruling African National Congress. They have also been blacklisted by the US and the UK.

The Pretoria high court ruled on Friday that Atul Gupta did not qualify for a South African passport because he was a fugitive from justice.

Gupta approached the South African consulate in Dubai for a new passport in 2018. This was before he faced extradition charges.

But the Department of Home Affairs had rejected Gupta’s application after the National Prosecuting Authority confirmed that it had issued a warrant of arrest against him for fraud and money laundering offences related to a dairy project in Free State province that was supposed to benefit emerging Black farmers.

The project collapsed despite experts from Paras Dairy in India being brought in to manage the project, with millions of rands from the project allegedly diverted to Gupta-owned companies.

Despite the absence of the Gupta brothers, the trial of Gupta associates Iqbal Meer Sharma, Ronica Ragavan and Dinesh Patel, as well as three senior former officials of the Free State government, got underway on Monday in the Free State high court.

Gupta challenged the refusal in February 2021 with the high court action, in which he claimed that as a South African citizen, the country’s constitution entitled him to a passport. Gupta, part of the family originally from Saharanpur in India, was a naturalised South African citizen at the time.

Significantly, Judge Mncedisi Khumalo noted that Gupta had not provided a specific address in Dubai.

“All that (Gupta) seems prepared to state is that he is a South African citizen resident in Dubai. Nothing further is disclosed. I am of the view that this was not an oversight on the applicant’s side but was deliberate,” the judgment said.

The court declared that Gupta was a fugitive from justice and had no right or capacity to bring an action in court. It also ordered Gupta to pay the costs of the application.

“Friday’s judgment shows that you cannot want to escape accountability in a country and seek to enjoy the use of documents that are exclusively reserved for law-abiding citizens of that country,” Motsoaledi said in a statement.