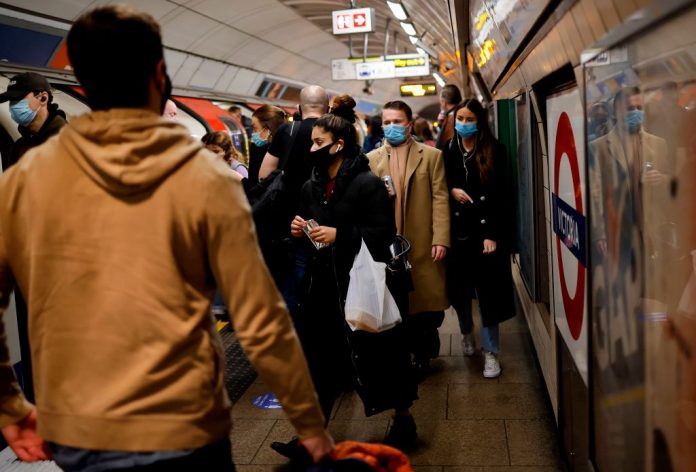 MORE THAN 40 per cent of people in England will be subject to the toughest tier of restrictions on their daily life from Wednesday(3), when the government shifts to its new approach after a month of national lockdown, with just 1 per cent in the lowest band.

Parliament approved a system of regional Covid-19 restrictions for England on Tuesday(1) despite a rebellion within prime minister Boris Johnson’s own party which underlined growing unhappiness at his handling of the pandemic.

“With the spread of the epidemic varying across the country, there remains a compelling case … for regional tiers in England,” Johnson told parliament, batting away criticism from unhappy lawmakers.

The new system is less strict than the two nationwide lockdowns England has endured this year. But it is still a restriction of social and commercial freedoms previously unheard of outside wartime.

Shops and schools will stay open in all tiers, but in the top tier, pubs and restaurants will be closed except for takeaway services.

Travelling to or from top tier regions is not allowed and mixing indoors with other households is banned in the top two tiers. The government estimates 23 million people will be in the toughest tier and 32 million in the middle tier – together accounting for just under 99 per cent of England’s population.

Stratford-on-Avon district council, which is run by Johnson’s party and is due to enter the toughest level of restrictions, said it would seek to use a judicial review to challenge the government.

“There is a widespread feeling of disbelief and anger locally,” said council leader Tony Jefferson.

“If government is to take away fundamental liberties of the people whom we represent, they must demonstrate beyond question that they are acting in a way that is both proportionate and absolutely necessary,” said lawmaker Graham Brady, head of an influential Conservative committee.

The new measures were approved by a 291-to-78 vote despite the rebellion because the main opposition Labour Party abstained instead of voting against the government and risking a defeat that would have meant a lapse in all restrictions.

A total of 55 Conservatives rebelled against the government.

Johnson responded to members of his party who raised complaints about the allocation of their regions into tiers by acknowledging the difficulty they would cause and promising decisions would be reviewed every two weeks.

“The government will look at how we can reflect as closely as possible the reality of what is happening on the ground,” he said.

He also announced a one-off payment of £1,000($1,335) to pubs that would be unable to reopen under the new rules, seeking to address one of the most acutely affected industries.

The UK has the worst official death toll from Covid-19 in Europe with a further 13,430 cases and 603 deaths within 28 days of a positive test reported on Tuesday. Scotland, Wales and Northern Ireland have separate measures in place.