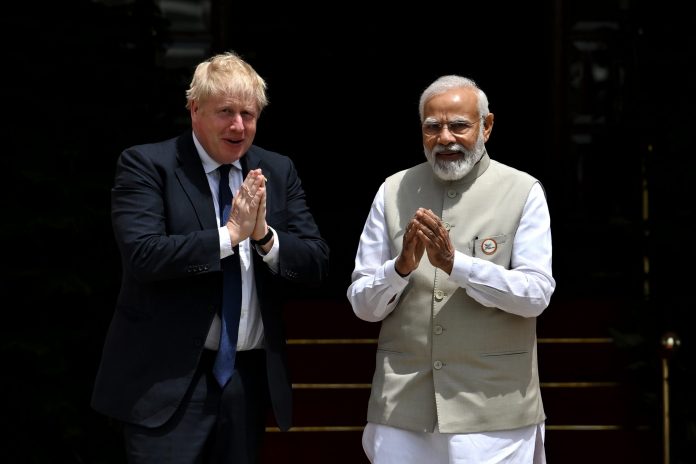 Johnson is visiting India just as he faces criticism from his own Conservative MPs and the embarrassing prospect of a probe into whether he lied to parliament over the “Partygate” scandal.

New Delhi is part of the Quad grouping with the United States, Japan and Australia that is seen as a bulwark against an increasingly assertive China.

But India also has a long Cold War history of cooperation with Moscow, still its biggest military supplier, and has refused to condemn Russia for its invasion of Ukraine.

“The threats of autocratic coercion have grown even further,” Johnson said alongside his Indian counterpart Narendra Modi.

“And it’s therefore vital that we deepen our cooperation including our shared interest in keeping the Indo-Pacific open and free.”

The new partnership was “a decades-long commitment”, he added, hailing the relationship between “one of the oldest democracies, and India, certainly the largest democracy”.