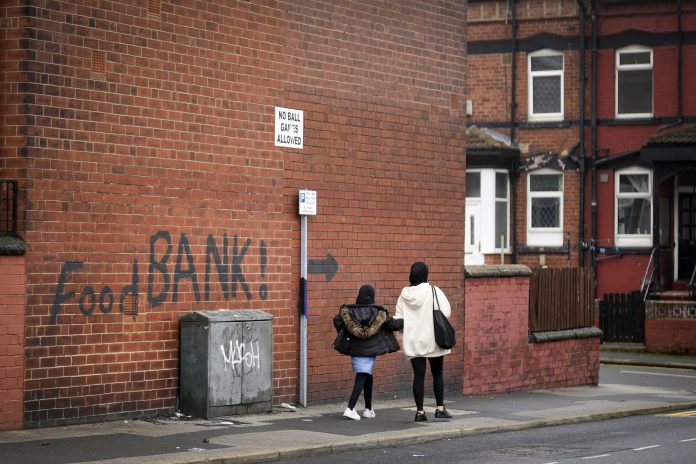 URGENT action needs to be taken to prevent more Asian elderly people being plunged into poverty, charities and MPs have urged.

They have also backed calls to raise the state pension amount further, to lower the threshold for auto-enrolment in workplace pension schemes and for more education for workers of south Asian origin nearing retirement about saving for their future.

Some 33 per cent of Asian pensioners are in poverty, double the proportion of their white counterparts, according to data from charity Age UK.

Caroline Abrahams, charity director at Age UK, told Eastern Eye, “It’s sad to realise that the burden of poverty in old age is falling disproportionately on black and Asian older people in our society.

“For their sake and, indeed, for the sake of anyone forced to scrimp and save in their later years, we should do everything possible to raise their incomes, so they can enjoy the dignified and comfortable retirement they deserve.

“Extra help is available to top up the incomes of pensioners who live on the lowest incomes, but much of it goes begging every year because many never claim what is rightfully theirs.

“It’s especially important to claim Pension Credit, because once gained it entitles you to other forms of financial help – but you have to fill in a form and ask for it.”

The current full state pension in the UK is £185.15 per week, which will increase to £204 a week from April this year.

Abrahams added: “There are many reasons why older people don’t claim, including not knowing they can, being put off by the long form, or being worried about disclosing personal information.

“We also know some older people believe there is always someone worse off than they are, or that there is something shameful about asking for this financial support. However, it’s important to remember this money is your right if you qualify, and if you make a successful claim it can make a really big difference to your quality of life.”

Ali, who is in his 60s, said he is struggling to get by financially before he reaches state pension age.

He told Age UK: “I am on a small pension, having taken early retirement due to disability.

“I was already having to spend savings to meet everyday costs, now my life savings, saved to mend my property which is very old and needs substantial repairs such as hot water and heating, is dwindling rapidly.

“I worry I will never live in a home with hot water again.”

Ramesh Verma, the founder of the Ekta Project charity supporting Asian elders in London and a member of Age UK’s advisory panel, told Eastern Eye, “When I asked my members about pensions, they said no.

“Employers never used to tell them in the factories, some didn’t speak English,” she said. “Now they are dependent on their children for money. Even now they don’t get information, it’s only on social media and in the newspapers.

“Very much so [there is a lack of awareness], they did not get a chance to educate themselves. We as a community have to also take responsibility.”

Verma added: “I know a case when the mum died, the children were fighting for her money.

“When I tell members about a pension and writing a will, sometimes they say ‘Ramesh, I’m not ready to die’. “Also, you have to find a genuine company and avoid any fraud.”

Dennis Reed, director of senior citizens charity Silver Voices, told Eastern Eye his
organisation has been drawing attention to the rise in pensioner poverty and “recognises that the problem is particularly acute among Asian elders.”

He added: “Although we support the call to lower the threshold for auto-enrolment in workplace pensions, if you are low paid you will only get a tiny pension on retirement.

“The key to tackling pensioner poverty is to raise the state pension to a similar level enjoyed in most other developed countries, that is around two thirds of average earnings rather than one third as it is in the UK.”

A controversial report by a think-tank in December suggested retirees with assets worth more than £1 million should be denied the state pension.

The Adam Smith Institute also called for the triple lock to be scrapped as it claimed the provision had made rich pensioners wealthier, while workers had seen their income fall in real terms.

It said ditching the triple lock, which chancellor Jeremy Hunt committed to in the autumn statement, and ending state pensions for households worth over £1m would help reduce inequalities.

She added: “Similarly to those faced by women, these inequalities are the expression of lower average wages and labour market discrimination, which translate to less generous state pensions.

“That has often led to some ethnic minority people earning below the minimum salary threshold for auto-enrolment in workplace pensions.

“Lowering that threshold would be an easy fix for this injustice.”

The parliamentary under-secretary of state for work and pensions, Laura Trott, recently told MPs: “The government are committed to action that helps to alleviate the levels of pensioner poverty.

“Thankfully, there are 400,000 fewer pensioners in absolute poverty, both before and after housing costs, than in 2009-10, but there is always more to do.

“More than 10.7 million people have been automatically enrolled into a workplace pension and more than 2 million employers have complied with their duties to date. This has helped to supply around an additional £33bn into pensions savings in real terms in 2021 compared to 2012.”

Any older person who is worried about money and/ or who may be entitled to claim benefits should contact Age UK by calling its national advice line free of charge on 0800 169 65 65 (8am-7pm), visiting www.ageuk.org.uk/money or contacting their local Age UK for free information and advice.