Home Features After catastrophic year, Bollywood hopes for a 2021 comeback 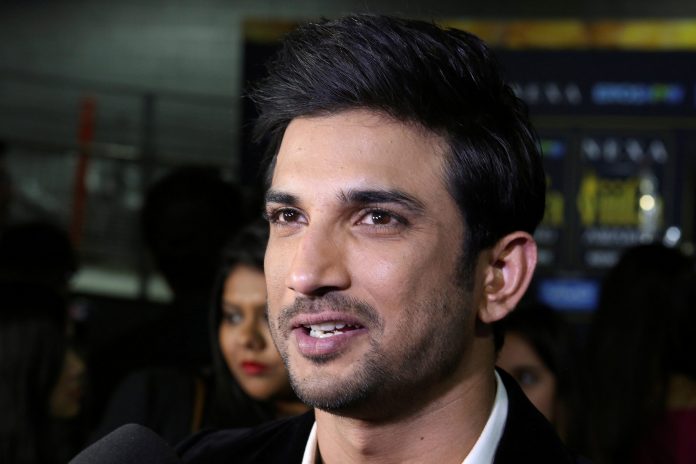 The dancers stopped strutting on Bollywood film sets this year as the Indian film industry struggled to find any spring in its step during a disastrous 2020.

The annus horribilis for the world’s most prolific movie industry began with the heartbreaking deaths in April within 36 hours of luminaries Irrfan Khan and Rishi Kapoor.

Others to pass away included composer Wajid Khan, who died from the coronavirus at 42, director Basu Chatterjee, Bollywood’s first female choreographer Saroj Khan, and S.P. Balasubrahmanyam, singer of an estimated 40,000 film songs.

But it was the suicide in June of 34-year-old star Sushant Singh Rajput that had the widest repercussions.

India’s sensationalist TV news channels — eager to cast the film industry as a den of iniquity — accused Rajput’s former girlfriend, actress Rhea Chakraborty, of driving him to his death with black magic and cannabis.

The 28-year-old, who denies any wrongdoing, spent months in custody for allegedly buying drugs for Rajput, while stars such as Deepika Padukone were hauled in for questioning as the investigation escalated.

“It has been a terrible year,” actress Swara Bhasker told AFP.

“The slander campaign by some sections of the media against the film industry has been horrendous.”

From “spot boys” running errands on set to “junior artistes” eking out a living as extras, the sector relies on a huge army of low-paid workers.

“The loss of employment and income has been devastating for so many,” Bhasker said.

Productions have tentatively resumed, but pandemic restrictions forbid them from shooting the elaborate musical sequences that are a hallmark of Hindi movies.

This point was brought home in a social media post in August by superstar Amitabh Bachchan — who this year spent weeks in hospital with the coronavirus — describing a film set as “a sea of blue PPE”, or personal protective equipment.

Cinemas were shut for months and although they re-opened in October, virus-wary viewers are staying away, and some theatres are wondering if the crowds will ever return.

A trip to the cinema has traditionally been hugely popular in India, ranging from $1 tickets at single-screen theatres to air-conditioned multiplexes offering seat-side biryani and hot fudge sundaes.

New releases have ground to a halt, with many producers preferring to screen their films directly on streaming platforms that boomed as the pandemic forced millions into lockdown.

“We love our outings to the theatre; we love watching our films on the screen while eating a nice tub of popcorn, our samosas and cold drinks and going with our friends and family,” he said.

“I absolutely see theatres making a comeback and I really hope they do.”

But he acknowledged that the immediate outlook appeared hazy.

“I think we are at the crossroads right now… What is that new normal going to be?”

Although Hollywood has mooted the idea of showing films simultaneously in cinemas and on digital platforms, with Warner Bros planning to do so with all its 2021 releases, its Indian counterparts have no such plans.

Filmmaker Anurag Kashyap, who is starring in AK vs AK, a black comedy out on Netflix this week, told AFP: “There are certain films that must be seen projected onto the big screen.”

“Filmmakers create content based on where their work will be seen… You have to know what size of screen your film is going to be seen on, and studios and distributors must fulfil that promise,” he said.

The casualties are already piling up.

A string of beloved single-screen cinemas have downed their shutters and many others are contemplating closure, film trade analyst Komal Nahta told AFP.

“It is going to be catastrophic,” he said.

And although shoots have resumed, every week throws up new cases of stars testing positive for coronavirus, forcing productions to shut down.

But as vaccine efforts pick up pace, and with eagerly-awaited films like 83 and Sooryavanshi tipped for release in cinemas next year, observers are betting on a boisterous, Bollywood-style comeback.

“How long it will take, I don’t know. But it will strike back with a big, big bang,” said Nahta.

Hari Prasad Jayanna, a film director in Bangalore, agreed: “The cinema industry will be forever.”