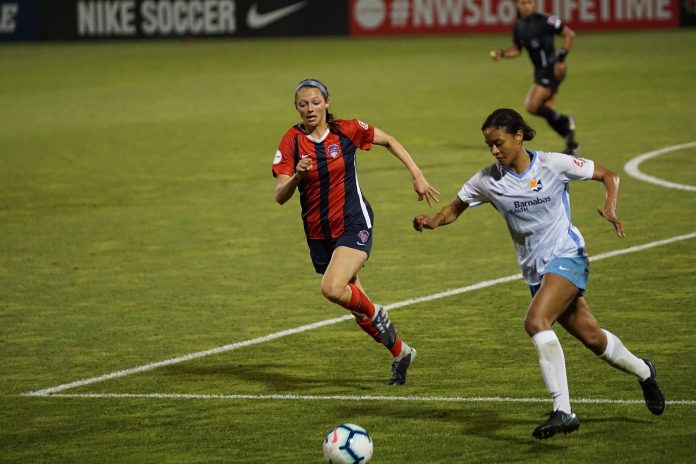 Women’s football has come a long way after being banned for many years until 1970 and is now the most watched women’s sport in the world. More and more incredible football players are showing up in women’s football, which adds to the competitiveness of the sport. The proof of this are the record breaking views both on and off the field in the last few months.

However, the knowledge of the women’s game still lacks for some as they start to watch football. In this article we will go through the strongest clubs in women’s football which will participate in the UEFA Women’s Champions League next year. Although the odd’s are not available yet, many are predicting another final between Barcelona and Olympique Lyonnais with the English Clubs to improve during this market, especially Arsenal with the signing of Hurtig.

If you want to prepare yourself to place the bet on this year’s winner of the competition, start preparing yourself by studying their teams, performances in their respective leagues and look for the best bonuses out there. One of them is the SkyBet free bets where you get 30 pounds in free bets. Read more on how to use the sky bet free bets before carefully placing your bet on your favorite competition.

Lyon has a long history in women’s football, as they were formed in 1970 and are the most successful club in Division 1 Feminine with 15 titles. They also hold the record for the most titles in the Women’s Champions League, having won 8 titles since 2011.

In the past season Lyon has managed to win the Division 1 Feminine and run with the Women’s Champions League final, which proves their dominance in women’s football. Lyon is not only the record holder for the most Champions League, as they are also the first and only French club to win it.

Lyon’s squad features some of the best footballers in the world such as Catarina Macario, Ada Hegerberg, Wendie Renard, and Dzsenifer Marozsán.

FC Barcelona Femeni is the most successful club in Spain and in Europe, having won seven Premier Divison titles, two Spanish Supercups, nine Copas de la Reina, and one Women’s Champions League. They triumphed in the Champions League in 2021 and lost two finals in 2019 and 2022.

They are also the first and only women’s football club from Spain to win the Champions League. Having played in three Champions League finals in four years and winning the Premier Division three years in a row shows how strong the FC Barcelona Femeni squad really is.

Some of the best players that are part of this women’s football club are Alexia Putellas, Asisat Oshoala, Caroline Graham Hansen, Aitana Bonmatí, and a few more.

Established in 2003, VFL Wolfsburg is the most successful German women’s football club having won seven titles in the Frauen-Bundesliga and two Champions League titles in 2013 and 2014. They were also the runners-up in 2016, 2018, and 2020 of the Women’s Champions League.

Last season they retained the title in the Frauen-Bundesliga and were knocked out of the Women’s Champions League semi-finals. Some of the most well-known football players that play for Vfl Wolfsburg are Tabea Wassmuth and Jill Roord.

The Paris Saint-Germain Feminine, also known as PSG, was formed in 1971 and has been competing in the top flight since 2001. Their triumphs in women’s football have started very recently following three Coupe de France wins in 2010, 2018, and 2022, and a triumph in the Division 1 Feminine in 2021.

Competing in the Women’s Champions League is not their biggest strength as they haven’t won it yet and have lost two finals in 2015 and 2017. Last season they ended in second place in the French League and were eliminated by Lyon in the semi-finals of the European Competition.

Some of the most famous football players that are part of the Paris Saint-Germain Feminine team are Marie-Antoinette Katoto, Lieke Martens, Ashley Lawrence, and Kadidiatou Diani.

Lastly, we have FC Bayern Munich, which is another German-based women’s football team that has shown some incredible performances in recent years. Most recently they have won the Bundesliga Cup in 2003 and 2011, the DFB Pokal in 2012, and the Frauen-Bundesliga in 2015, 2016, and 2021.

The farthest that they have gone in the Women’s Champions League was in 2021 when they were eliminated by Chelsea in the semi-finals. Last season they were knocked out in the quarter-finals against PSG. As you can see, Bayern has been amongst the best football clubs for the last couple of seasons.