Home Arts and Culture Seven best Bollywood dancers who set the screen on fire with their... 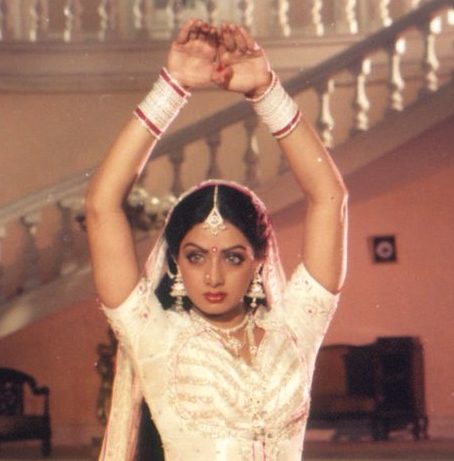 THE Bollywood Dance Festival takes place at the Great Hall, The People’s Palace in East London from Monday May 23 until Sunday May 29.

Eastern Eye decided to get you ready for the seven-day event and a step closer to Hindi cinema by selecting the seven best on-screen dancers of all time, along with a memorable song they performed in.

Vyjayanthimala: The first great dancing star of Bollywood used her brilliant Bharatanatyam ability to blaze a trail for all those who followed in her giant footsteps. She broke ground for the Hindi film heroine with her dynamic dance numbers. The most technically gifted dancer out of all the Bollywood leading ladies had many unforgettable moments, including the stunning Hothon Mein Aisi Baat musical number in Jewel Thief.

Helen: Item numbers have played an integral part in Hindi cinema history and by far the greatest exponent of these was the stunningly talented dancer. From the fifties, right through till the late seventies, the Bollywood item bomb lit up huge blockbusters with her free-spirited dancing. Although Piya Tu Ab To Aaja (Caravan) provided her most iconic moment in the cage, her dance number that really stood out was Mehbooba Mehbooba from Sholay because it was part of a record-breaking action movie.

Shammi Kapoor: Before the explosive Bollywood answer to Elvis Presley emerged, all leading men were largely static. He introduced the kind of rock ’n’ roll energy that kicked an industry in cruise control out of its comfort zone. His improvised high-energy style inspired other leading men to follow in his giant dance footsteps. His most memorable moments saw him team up with accomplished female dancers, in numbers like Aaj Kal Tere Mere Pyar Ke Charche from Brahmachari, where he danced with Mumtaz.

Sridevi: An all-round ability propelled the iconic actress to greatness and a big weapon was her dynamite dance skills. What made her one of the greatest dancers of all time was the way she could deliver everything from fun musical numbers to ones that were sexy and full of power. A stand-out moment for the woman with the most dangerous hips in Hindi cinema was the snake dance Main Teri Dushman, Dushman Tu Mera from Nagina, which became iconic.

Rekha: There was a reason why Rekha was called on to play a courtesan so many times and that was because of her undeniably brilliant dance ability. She exuded power, grace, and an old-world charm during a time where dance numbers had taken a backseat in Bollywood. That classical charm was most evident in her Umrao Jaan numbers like In Aankhon Ki Masti.

Madhuri Dixit: The greatest Bollywood dancer of all time used her cool Kathak ability to deliver arguably the most memorable musical numbers of all time. Whether it was solo numbers or teaming up with other accomplished dancers like Aishwarya Rai for dynamic Devdas number Dola Re, she blazed a trail for every leading lady that followed in her footsteps. She is so far above that it is difficult to pinpoint just one dance moment, but Ek Do Teen from Tezaab and Choli Ke Peeche from Khalnayak remain iconic.

Hrithik Roshan: The greatest male dancer in Bollywood history raised the bar to a stratospheric new level for all leading men. His magnificent musical numbers showed off the kind of dancing that has never been seen by a commercial Hindi film hero. Although he has delivered unforgettable dance moments in so many films, the one that will remain most special is Ek Pal Ka Jeena from Kaho Naa Pyaar Hai just because it changed everything and set a standard for a new generation.