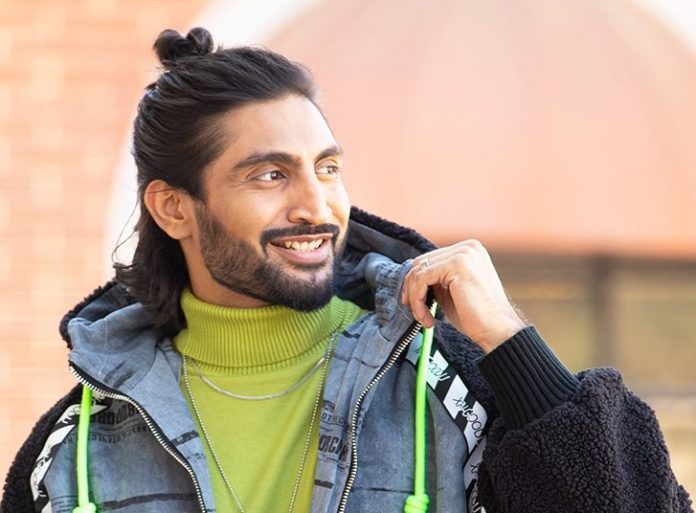 RAPIDLY rising music star Qaran has beautifully balanced creating hits for other artists with releasing his own songs.

His growing list of hits have included brilliant Bollywood track Tareefan from Veere Di Wedding, along with standalone singles like Haaye Oye and recent release Ooo Ooo, which saw him star alongside actress Ileana D’Cruz in the music video. The singer, songwriter, and composer has more big songs on the way, which will continue adding a new dimension to Indian music.

Eastern Eye caught up with someone you will be hearing a lot more about, for a quick catch-up about all things music.

What first connected you to music?
I’ve always had a connection to music as far back as I can remember. However, one of my earliest memories of music is playing with a cassette player that had a microphone attached to it.

You have released some great tracks, but which is closest to your heart?
Haaye Oye most likely takes that spot. It’s a record that I put my blood, sweat and tears into and took well over a year to make. It is one of those rare instances in which an obsessive quest for perfection yielded the exact desired result.

Has a song ever exceeded your expectations?
While I always had a gut feeling that my debut single Tareefan would be a hit, even I could not have predicted the magnitude of success that it has reached. I’m immensely grateful for this.

Who have you most enjoyed collaborating with?
I loved working with R3HAB on Ki Kehna. It was one of the first international collaborations featuring an Indian artist at that scale and was an extremely seamless process. Fadil (R3HAB) just knew exactly what the record needed and delivered exactly that.

What inspired your latest song Ooo Ooo?
The last couple of years have been a pretty gloomy time for most of the world. However, as we edge closer to a return to relative normalcy, I felt like we needed a song with a fun and positive vibe to celebrate this moment. Ooo Ooo is essentially an expression of that sentiment.

What was the experience of shooting a music video with acclaimed actress Illeana D’Cruz like?
Ileana is such an incredibly talented actress and performer. She possesses a unique ability to bring life and light to every single frame that she is in. It also didn’t hurt that we really got along from the moment we met on set, making the shoot a genuinely enjoyable experience.

What can we expect next from you?
A lot of new music that continues to push the boundaries and redefine Indian pop.

What music dominates your own playlist?
This is something that changes every month, but lately, I’ve been listening to a lot of UK Drill music with artists like Dutchavelli, ArrDee, Tion Wayne and Aitch, to name a few.

If you could master something new in music, what would it be?
As a pianist, primarily, I would love to hone and refine my skills as a guitarist.

What inspires you?
Authenticity inspires me.