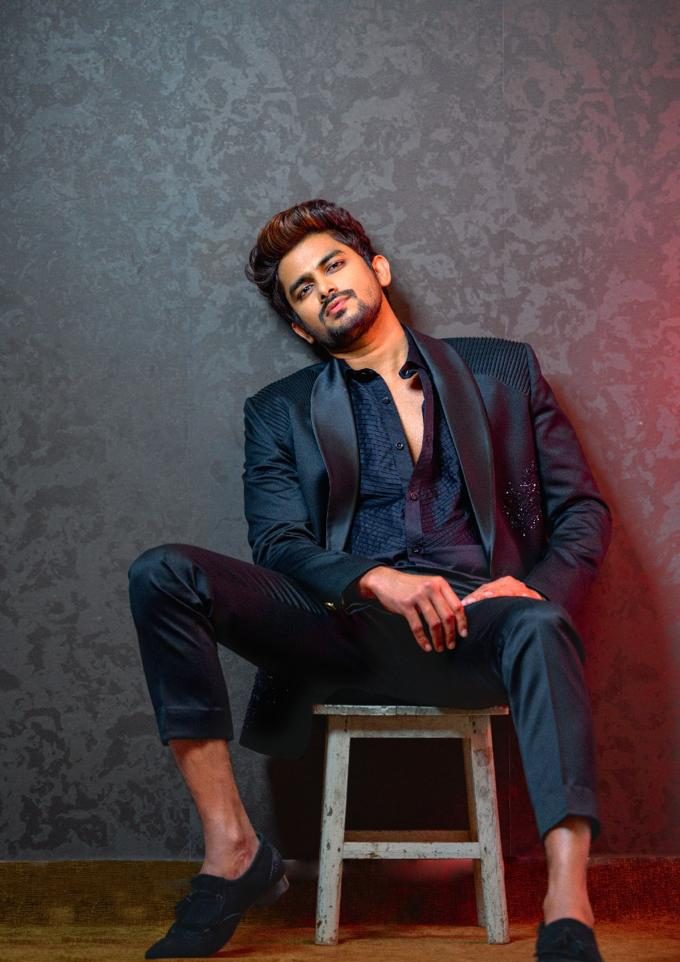 One exciting newcomer, who looks like following in the giant footsteps of superstars like Prabhas, Samantha Prabhu, Ram Charan and Allu Arjun, is VJ Sunny. A remarkable journey in a relatively short span of time has seen him go from being a TV host and then starring in a hit drama serial to winning popular reality TV show Bigg Boss Telugu and signing his first movie.

With more film producers lining up to sign him and a rapidly growing fan base, he is an Indian talent destined for big things. Eastern Eye caught the young star before he inevitably goes interstellar to discuss his interesting journey so far, reality TV win and future plans.

You made your name as a successful TV host, but what first connected you to acting?
Even as a young kid, I was drawn towards actors and cinema so much that I used to practise the dialogues with different modulations, sometimes mimicking the artists and so on. I then joined a theatre group in my hometown and later, came to Hyderabad, hoping to become an actor. Yes, I started off as a journalist, then as an anchor after which I stepped into serials as an actor. Now, finally after Bigg Boss, I am making my debut on the big screen.

Did you expect that your TV drama Kalyana Vaibhogam would become such a big success?
From the start, I only believed in the script, team, and my hard work. So, when my small screen debut was a huge success, it seemed to me like an unexpected blessing in disguise. I also believe that sometimes we enjoy our success when it is least expected.

What was the experience of playing a character that was so loved by the audience?
When you work hard, even if there is not much success initially, I believe that the hard work we put in will come back to help us sooner or later and be rewarded. I was fortunate the character I played was so loved. However, I believe in working hard and giving my 100 per cent without worrying too much about the results. Living in the character definitely helped me portray it honestly on-screen.

What made you want to participate in Bigg Boss Telugu 5?
My motivation for going to Bigg Boss was just for the experience. I was quite inquisitive as to how life would be without any communication with the outside world, discovering ourselves and more. I always loved the show and wanted to see how the audience would perceive me when I am ‘myself’. The exposure the show would give me would definitely be an added bonus.

You beat off tough competition. How did you feel winning the trophy?
It was one of the best feelings in my life. Apart from the struggle or the efforts put in by me in the house, I would definitely have to mention the support that my fans and admirers gave. To have won so many hearts meant so much to me and when lifting the trophy, I felt as if I was sharing it with all my supporters. After coming out of the house, getting to know the statistics regarding the votes just blew my mind away; I was left speechless with all the love that was showered.

What can you tell us about your debut film and plan going forward?
I signed this film before going to the Bigg Boss house. We shot the movie in a span of 27 days and thoroughly enjoyed shooting with the team. I am now getting opportunities with great production houses, which I am grateful for. Content is what comes first, and I am very particular as to what storyline I pick. I definitely will give my best because this was my dream all along, and I hope to continue entertaining the audience.

Will you now concentrate on films?
Yes! To be an actor has been my dream and shall be. As of now, I am completely concentrating on films and there are some exciting projects coming up. I am eagerly waiting to share the news with you all soon.

Do you have any dream role?
As an actor, I believe you have to be open to playing any role and be versatile. It took me a long time to get to where I am. As I take a step forward and make my debut in the field of Indian cinema, I would be open, willing to explore, and so, as of now, I do not have any dream role in particular.

What inspires you?
I inspire myself every morning by telling myself that ‘today is the day I have to give my 100 per cent’. I am pretty much self-motivated.

Tell us something not many people know about you?
I am a travel freak and really love to travel any day! Honestly, I would love to do a one-of-its-kind travel show, some day.

You have an incredible fan base. How much do they mean to you?
Post Bigg Boss, I was astonished by the tremendous love and support received. My fan base means the world to me, and I am very grateful to each and every one of them.

What is the best advice that you ever got?
My best friend is my go-to person whenever I need to make any decisions. He always pushes me to believe in myself, do my best and he has taught me to never say no to any opportunity. I have always followed those words sincerely.

You have become a hero for many, but who is your own hero?
Outside the acting realm, my mother is my hero. She gave me lots of freedom to choose to do what I wanted to do and never said no. She also taught me the importance of hard work. She has given me all the support needed and has been my pillar of strength always.

Your life has become hectic since the Bigg Boss win. How have you dealt with the added stress and being so busy?
Frankly speaking, yes, life has become super busy ever since I have stepped out of the house. Touchwood, I am happy at the same time as things have finally started falling in place. It is true that I am unable to give myself enough time to even relax. One bears the fruit of success only when somethings in life are sacrificed in the process. So, I am absolutely fine and happy with how life is right now.

Why do you love being an actor?
Acting and entertaining is my field of work. When we entertain, we are able to lift the stress off the viewers. Being in front of the camera gives me an immense adrenaline rush and power every single time. I would like to be on the screen forever and continue to bring a smile to the audience.