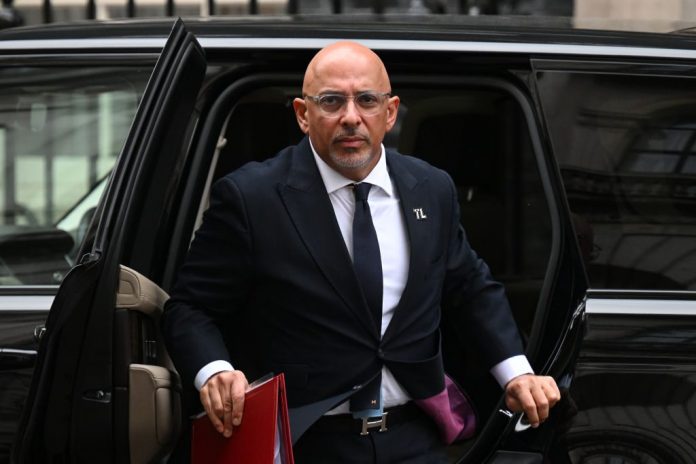 EDUCATION secretary Nadhim Zahawi spoke out against bullying on the eve of the ‘Don’t Face It Alone’ campaign day (22) and the veteran reflected on his own childhood ordeal to raise awareness of the campaign which is led by the Diana Award, a charity which is inspired by Princess Diana’s belief that young people have the power to change the world.

Zahawi, who urged people to stand up against bullying, revealed his story of getting bullied in a series of tweets posted on Tuesday (21). The Iraqi-born British politician said how bullies dunked his head in a pond and taunted as a “p*ki” by other children after he moved to the UK at the age of 11 and didn’t know how to speak English. He said how he felt after going through such an experience – “anger, confusion, unfairness”.

“As many people know, I moved to this country aged 11, unable to speak a word of English. Some of my first school experiences involved being called a ‘p*ki’ and even having my head dunked in a pond by bigger kids as entertainment. It’s time to talk about bullying,” Zahawi, 55, tweeted.

“Coming to this country was hard, and yes, some kids could be cruel. Being a child from Iraq, I was seen as ‘different’.

“It’s hard to describe how I felt – anger, confusion, unfairness. Looking back, I didn’t know how to handle these feelings and emotions,” he said in another post.

The education secretary then sounded optimistic as he said that things got easier when he shared the problem with others. He urged people to speak out against bullying in order to effect a change.

“But one of the greatest things about our country is the people! I often say to others, if you share your problem, regardless of what it is, people are always there to help. And this applies to bullying too,” the Conservative politician said.

Sharing his own tale, Zahawi said,“In fact, it’s by sharing problems that I managed to move forward and settle. I’m here to tell you that it does get better. I have to pinch myself each morning when I look at what this country has given me.”

He acknowledged that it is not easy to speak out about such experiences but as the secretary of education, he hoped to raise awareness about the menace and bring a change.

“It’s never easy to open up about these experiences, and it still isn’t. But as Secretary of State for Education, it’s something I hope to raise awareness about and make a change,” Zahawi, who fled Iraq with his family and grew up in Sussex, said.

Zahawi said the British government has provided more than £2million to anti-bullying organisations, including the Diana Award. He said he is also a “strong supporter” of respect being taught in relationship, sex and health education classes.

“That’s why I’m a strong supporter of respect being taught through our Relationship, Sex and Health Education curriculum. We’ve also provided over £2 million to leading anti-bullying organisations, including the Diana Award,” he said, before appealing to come forward to join the campaign and raise awareness against bullying.