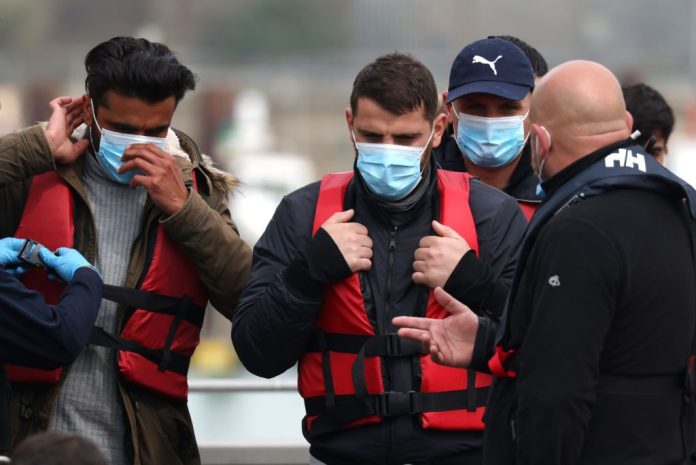 Under the new scheme announced by prime minister Boris Johnson, people claiming asylum in the UK are to be relocated to Rwanda, where their cases will be processed. If they are granted asylum, they will be encouraged to remain in the African country for at least five years.

According to the British Red Cross and the Refugee Council, the government move is already having a “detrimental impact” on the physical and psychological health of people seeking asylum in the UK.

Having collectively worked with nearly 44,000 people at all stages of the asylum process last year, the organisations warned that existing problems with the asylum system are “already getting worse” as people are reluctant to claim support “for fear of deportation, detention and other harsh measures”.

In a joint statement, the charities said they are also hearing stories about people disappearing from hotels and cited the example of a Rwandan asylum seeker who said he would abstain from accessing support for fear that he could be deported back to the country he fled.

The focus on trying to send people to Rwanda will do nothing to speed up asylum decision making, with many people now having to wait for longer than a year before they get a decision, the charities said.

They also point to measures in the new Nationality and Borders Act, such as the limiting of family reunion rights and shorter periods of leave for some, as likely drivers of feelings of insecurity.

British Red Cross chief executive Mike Adamson said: “We are hearing directly from many people seeking asylum of the distress and anxiety recent announcements have provoked, even though they may not be directly impacted by them”.

“As a result of the measures in the Nationality and Border’s Act, alongside the recent announcement to remove people to Rwanda on a one-way ticket, people are telling us that they feel less safe and less welcome in the UK”.

Refugee Council CEO Enver Solomon urged the government to rethink its plans and focus on operating an “orderly, humane and fair asylum system.”

“These are men, women and children who have already endured so much trauma and upheaval. These new measures fail to address the reasons people take perilous journeys to the UK, and so will do little to deter people from coming but only create more human suffering, distress, and chaos with dangerous, far-reaching consequences for vulnerable people who are simply in need of safety,” Solomon said.