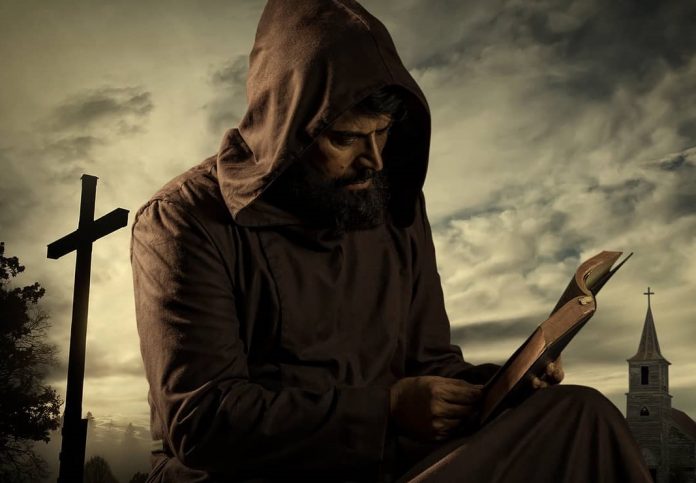 The theatres in Kerala have reopened and now, it is expected that soon many Malayalam films will hit the big screens. A few days ago, actor Jayasurya had revealed that his movie Vellam will hit the big screens on 22nd January 2021. And now, the superstar of the Malayalam film industry Mammootty has released the teaser of his upcoming movie The Priest.

The superstar took to twitter to share the teaser with his fans. He tweeted, “The Priest Official Teaser #ThePriestTeaser https://youtu.be/ieHuz94ieRI.”

Well, the teaser doesn’t give out anything about the film’s storyline or the characters. But it is intriguing and keeps us hooked for 1 minute 16 seconds. Mammootty is in a never-seen-before avatar and the teaser also gives a glimpse of Manju Warrior. The Priest is Mammootty and Manju’s first collaboration and fans of both the actors are excited to see them on the big screen together.

The Priest is a horror-thriller and the teaser sets the perfect tone for the movie. Also, the background score is damn good. While the teaser has been released the makers have not yet announced the release date of the film.

Talking about Mammotty’s other movies; he has a film titled One lined-up. It’s a political thriller and was slated to release in May 2020, but was postponed due to the pandemic.

Meanwhile, Manju Warrior will be seen in films like Marakkar: Arabikadalinte Simham and Jack and Jill.